There truly are no boundaries when formulating the climate scam. 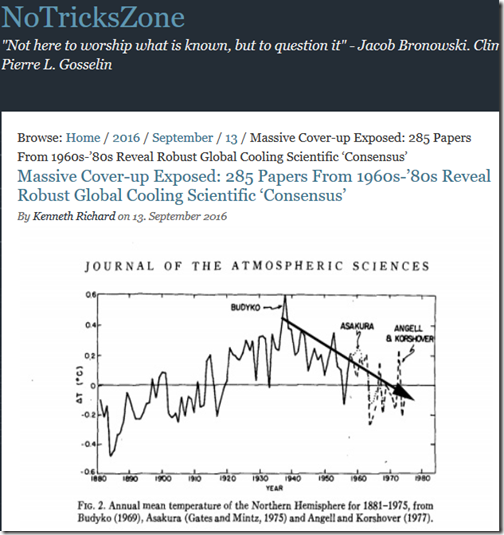 Kenneth Richard provides a detailed and damning account in NoTricksZone of the attempt to cover up global cooling in the 1970s by William Connolley:

Beginning in 2003, software engineer William Connolley quietly removed the highly inconvenient references to the global cooling scare of the 1970s from Wikipedia, the world’s most influential and accessed informational source.

It had to be done. Too many skeptics were (correctly) pointing out that the scientific “consensus” during the 1960s and 1970s was that the Earth had been cooling for decades, and that nascent theorizing regarding the potential for a CO2-induced global warming were still questionable and uncertain.

Not only did Connolley — a co-founder (along with Michael Mann and Gavin Schmidt) of the realclimate.com blog — successfully remove (or rewrite) the history of the 1970s global cooling scare from the Wikipedia record, he also erased (or rewrote) references to the Medieval…