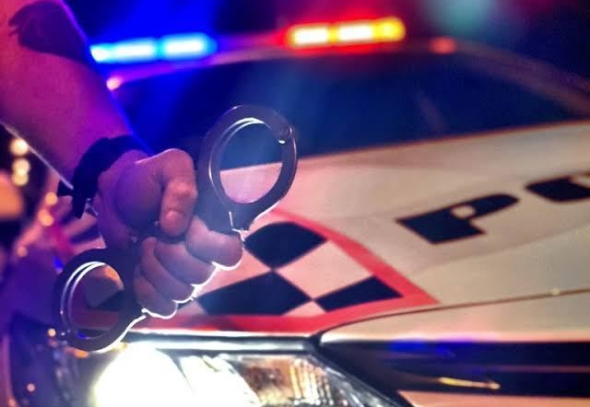 DON’T expect to see this reported on your local mainstream-media ‘news’ outlet while they are busy attempting to link the awful South East Australian bushfires to manmade  Climate Change.

POLICE are now working on the premise, arson is to blame for much of the devastation caused this bushfire season. A strike force will investigate whether blazes were deliberately lit, and bring those responsible to justice. 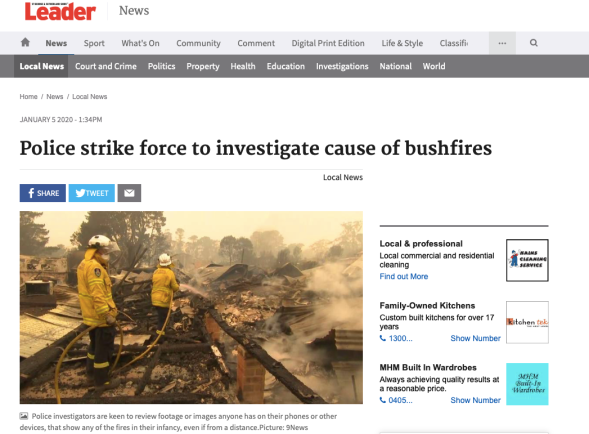 An investigation is underway into the impacts of recent fires on the state’s South Coast.

Since late 2019, numerous bush and grass fires have impacted the South Coast Police District, with destructive – and fatal – fires on Tuesday (31 December 2019).

Local detectives have established Strike Force Indarra to investigate all aspects of the fires.

This will include investigating the six fatalities that occurred in the District, loss of livestock, properties damaged and destroyed, and the cause of the fires.

The investigation will be assisted by detectives from the Arson Unit’s Strike Force Tronto, State Crime Command, and across Southern Region.

Anyone with information that may assist Strike Force Indarra investigators is urged to contact Crime Stoppers: 1800 333 000 or https://nsw.crimestoppers.com.au. Information is treated in strict confidence.

TO DONATE TO BUSHFIRE RELIEF :