DOES The CSIRO Still Stand By Its 2003 Snow Prediction?

AUSTRALIA’S ‘premier’ science body, the CSIRO, is a prime example of a government funded agency who has been fatally captured by global warming groupthink and climate change hysteria, resulting in a litany of failed predictions and costly fear-mongering, thanks in part to their own contribution to the global set of overheated climate models.

In its 2012 report, State of the Climate, the CSIRO says that since 1993 sea levels have risen up to 10mm a year in the north and west. That means that somewhere has had a 19cm-rise in sea level since 1993. Where is this place? The European satellite says that sea levels have been constant for the past eight years.

CSIRO – The End Of Snow…

A 2003 CSIRO report, part-funded by the ski industry, found that resorts could lose a quarter of their snow within 15 years…

“For the first time, they realised that their attention should be directed to a common enemy,” says Andrew Fairley, head of the Alpine Resorts Co-ordinating Council, which advises the State Government and oversees the management of Victoria’s six snow resorts. “And that enemy is climate change.”

Like those who rely on the Great Barrier Reef, the Australian ski industry sees itself as a frontline victim of global warming. A 2003 CSIRO report, part-funded by the ski industry, found that the resorts could lose a quarter of their snow in 15 years, and half by 2050. The worst case was a 96 per cent loss of snow by mid-century.

ALL around the world, warmist institutions and the climate-theory-obsessed compliant mainstream media were once predicting the end of snow… END_OF_DOCUMENT_TOKEN_TO_BE_REPLACED

Five U.S. Olympians will be on Capitol Hill Wednesday to brief lawmakers on how climate change is impacting winter sports and recreation.

“We still have a chance to be able to kind of salvage whatever is left of our winters, and kind of get back to a more sustainable way of life,” said Arielle Gold, who won a bronze in the halfpipe snowboard event in the PyeongChang 2018 Winter Olympics — and will be on Capitol Hill on Wednesday.

A recent study by a team of researchers, led by the University of Waterloo, found that climate change poses a threat to the Winter Olympics — and that by the end of the century, only eight of 21 sites that have hosted the Winter Olympics in the past will have temperatures low enough to host again unless greenhouse gases emissions significantly drop.

“The climate in many traditional winter sports regions isn’t what it used to be, and fewer and fewer places will be able to host the Olympic Winter Games as global warming accelerates,” Daniel Scott, a professor at Waterloo, said in a January news release on the study.

The Paralympics is also particularly vulnerable, according to researchers.

“The traditional scheduling of the Paralympic Winter Games, approximately a month after the Olympic Winter Games, poses additional climate challenges as temperatures are warmer and the probability of rain instead of snowfall increases in most of the host locations,” Scott said.

The briefing Wednesday follows the introduction of House Resolution 825, which supports policies addressing the causes and effects of climate change and recognizes its impact on outdoor recreation.

NO doubt these graphs were presented to Congress, as evidence, by the CO2-complainants…

END_OF_DOCUMENT_TOKEN_TO_BE_REPLACED

IT’S Been A Bad Winter All Over – Snow In Japan 56 Feet High!

INCREDIBLE!
With epic ‘cold’ weather events like this, it really is as if the more the global warmies yell “Hottest Year Evah”, the more Mother Nature flips them the bird!

You think we had a bad winter here in the USA? Look at Japan where they have walls of snow 56 feet tall (almost the height of a 6-story building).

There’s an avalanche of tourists coming to the Tateyama to see the walls of snow.

This spectacular mountain route, reopened on Sunday after being closed for five months during the winter, expects to receive a million visitors.

The Tateyama Kurobe Alpin Route is a major tourist attraction in Japan.

These large white walls are located in Murodo, at the highest point of the route at an altitude of 2,450 meters and are known as “yuki no otani”. 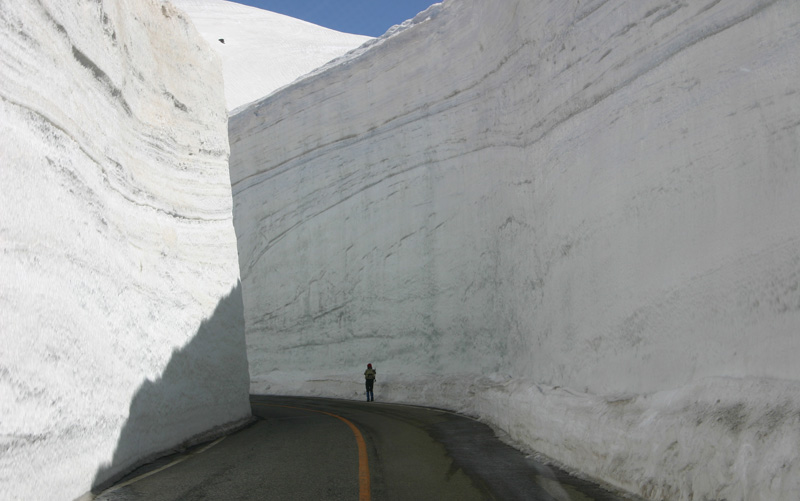 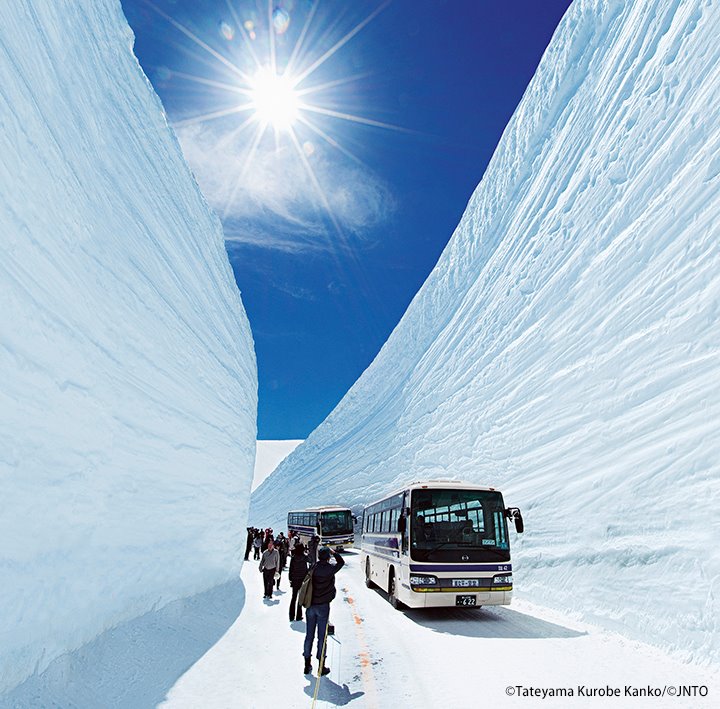 It has been a rough winter full of snow all over the northern hemisphere, as this newest NOAA-20 satellite image shows:

With stunning clarity and unsurpassed detail, the newest polar orbiting satellite in the NOAA fleet, NOAA-20, took this image of…

“Theory predicts that, as Antarctica warms, the atmosphere should hold more moisture and that this should lead therefore to more snowfall. And what we’re showing in this study is that this has already been happening,” Dr Thomas said.”

Contradictory to what the IPCC brains trust assured us in their 2001 report:
https://climatism.wordpress.com/2018/03/25/its-official-global-warming-alarmists-have-no-credibility-on-anything-climate-change/

Antarctic sea ice [image credit: BBC]
Another mystery in ‘settled’ climate science. Experts now say they ‘acknowledge that the Antarctic is an important factor in climate change, but still a poorly understood one’. Snowfall is arriving on the land mass while ice is drifting into the sea – as usual in that part of the world. What is needed is accurate data before reaching for the alarm bell.
H/T The GWPF

Previous climate change models predicted that global sea levels would rise by a meter by the year 2100 due in part to melting Antarctic ice, but those estimates have proven to be flawed.

Over the past century, the Antarctic has gone from being a vast Terra Incognita to a continent-sized ticking time bomb: according to NASA, Antarctica has lost “approximately 125 gigatons of ice per year [between 2002 and 2016], causing global sea level to rise by 0.35 millimeters…

IT’S Official : Global Warming Alarmists Have No Credibility On Anything Climate Change

NYC hasn’t seen snow like this in 130 years – CNNPolitics

IN 2000, climate expert Dr David Viner of the University of East Anglia’s Climate Research Unit (CRU) assured us that…