AL Gore’s blow torch, run out of gas again or maybe he’s taken it to Greenland, on the way to Antarctica which are, like the Arctic basin, both defying alarmists’ dire “ice-free” prognostications!

Previous posts described how the Northwest Passage was treacherously laden with ice this year.  The image above shows the flash freezing in this region over the last four days.  Sept. 19 the CAA ice extent (Canadian Arctic Archipelago) was 320k km2, close to its annual minimum.  Yesterday MASIE showed 450k km2,  a 40% increase.

HE’S now backtracking from the Kiribati “drowning” scenario, big time, so as not to deter potential investors to his new “5-star” resort plans! After all, who would want to invest in a ‘sinking’ island?!

The President of Kiribati doesn’t want his people to be seen as climate charity cases – instead he wants investment, new tourist resorts to give his people jobs and economic opportunities, to help pay for reclaiming land from the sea like Singapore.

The low-lying Pacific island nation of Kiribati is one of the parts of the world most threatened by climate change and rising sea levels. Scientists say the islands could be uninhabitable within decades, and in recent years, some leaders there have begun planning for a worst-case scenario that could involve relocating the population to other countries.

However, in a video presentation to the international climate conference in Bonn, Germany, last week, the president of Kiribati appeared…

YET another example of why mainstream media outlets like @BBC, captured by the radical environmental movement, cannot be trusted on anything “climate change”.

Readers may recall an item on the BBC World at One back in March about rising sea levels in Florida, when their correspondent claimed that:

1) Rising seas and flooding are turning Miami Beach into a modern day Atlantis, the city being submerged by water.

2) Sea levels at Miami are rising at ten times the global rate.

I covered the story here.

I complained to the BBC at the time, and, after being fobbed off the first time, escalated the complaint to the Executive Complaints Unit, who have now published the above judgment.

Astonishingly, they regard the claims about “Atlantis” to be “soundly based”, even though they now accept that sea levels around Miami are only rising at about 8 inches a century.

Of course, they had no choice but to withdraw the ludicrous claim about “ten times the global rate”!

These are the facts:

“Whatever economy, politics and project agendas may want to put in the center, the true scientific community must insist that only facts as revealed in nature itself and in laboratory experiments can provide trustworthy results.”

“Retournons à la Nature
That is setting field evidence in the center instead of models and ideas driven by political and/or religious agendas.”

The community assembled at the COP23 meeting in Bonn badly wants temperature to rise according to models proposed (but never verified, rather seriously contradicted) and sea level changes that may pose serious flooding threats to low lying coasts provided sea level would suddenly start to rise at rates never recorded before (which would violate physical laws as well as accumulated scientific knowledge over centuries).

We have been in your lovely country and undertaken a detailed sea level analysis, which beyond doubts indicates that sea level is not at all in a rising mode, but has remained perfectly stable over the last 50-70 years. Hence all threats of an approaching general sea level flooding is totally unfounded.

Whatever economy, politics and project agendas may want to put in the center, the true scientific community must…

FEAR Not For Fiji

“The proposition of a rapidly rising sea level grew to a mantra in media and politics. This initiated a flood of papers rather based on models and statistics, however, than on actual field observations.”
(Study : Nils-Axel Mörner
Paleogeophysics & Geodynamics, Stockholm, Sweden)

THE post-mortem for most modern-day politicised climate “science”! 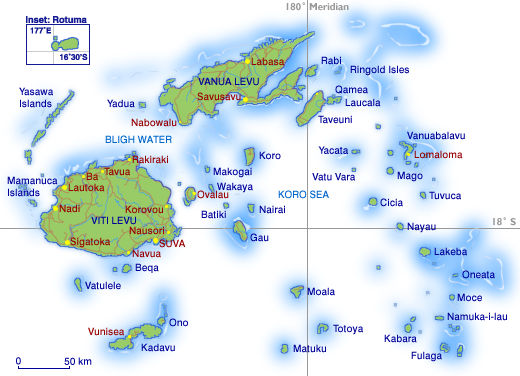 Published this month is an update on sea levels at Fiji, and thankfully the threat level can be dialed way down.  (H/T Tallbloke)  The Research Article:  Our Oceans-Our Future: New Evidence-based Sea Level Records from the Fiji Islands for the Last 500 years Indicating Rotational Eustasy and Absence of a Present Rise in Sea Level by Nils-Axel Mörner, Paleogeophysics & Geodynamics, Stockholm, Sweden. Excerpts with my bolds.

There is a total absence of data…

EXCELLENT example via Paul Homewood of how Government climate agencies blatantly lie to you about climate.

Keep in mind, this is a “Government” document. And its a blatant alarmist lie.

According to the Government’s latest UK Climate Change Risk Assessment, sea levels around the UK are rising by around 3mm a year.

This is an outright lie.

Thus implying that the rate of sea level rise has been accelerating recently.

Long running sea level data is available at two sites in the UK, North Shields in the North East, and Newlyn in the South West. There is consequently a good geographic distribution, with the former on the North Sea coast, and Newlyn facing the Atlantic.

Long term trends are around 1.9mm/yr, and it is immediately evident that there has been no acceleration in recent years.

But we can double check this by looking at the rate of rise. Below are charts showing the amount of sea level rise measured over 120-month intervals. The red line is the mean.

It is clear that there is no apparent trend, simply large variations throughout both records.

There is one other long running tidal gauge record. This is at Aberdeen, although data for 2016 has not yet been entered by PSMSL.

However, NOAA show that sea levels are only rising by 0.72mm there, due to the fact that the land is rising.

Although the land is rising in Scotland, most of England is sinking. Both are as a result of glacial isostatic adjustment, the ongoing movement of land once burdened by ice-age glaciers.

Threats of ever rising sea levels are stock in trade for the climate mafia, yet when we look at actual tidal gauge records, we see nothing other than a gradual rise, going back to the 19thC.

However, for such fake claims to be made in an official government report is simply unacceptable.