Common sense injected back into ‘science’. Fancy that…

Surely a step in the right direction. The public is entitled to something better than smoke and mirrors when it comes to the use of science – or alleged science – to determine national policy. But the aim of objectivity is a tough one.
H/T The GWPF

“We need to make sure their data and methodology are published as part of the record,” Pruitt said in an exclusive interview with The Daily Caller News Foundation. “Otherwise, it’s not transparent. It’s not objectively measured, and that’s important.”

AS the old saying goes “Sunlight is said to be the best of disinfectants“. One man who has been tireless and paid-less (sic) in the pursuit of exposing the blatant and unequivocal  global temperature data fraud, executed by taxpayer funded government scientific agencies worldwide, has been Tony Heller aka Steve Goddard.

THERE are literally thousands upon thousands of mind-blowing examples of temperature data manipulation/fraud carried out in-plain-sight by climate activist agencies namely – NOAA, NASA, BoM, Met Office UK – who happen to be the literal gate-keepers of global temperature. They do this simply to make you believe that the climate is warming catastrophically thanks to your carbon dioxide (energy) emissions.

THE blink giff included in this post is really all one needs to know about how climate scientists literally “change the data to fit the theory” – a quote linked to Hungarian Marxist Georg Lukacs in his ‘Tactics and Ethics’ (1923) though often associated with Albert Einstein as a non-literal quip.

OTHER than driving the climate scare and maintaining taxpayer funding to the tune of $Trillions worldwide, hysterical claims of the “hottest year, month, day ever” tell us far more about climate change marketing than they do about actual ‘science’.

Posted on November 6, 2017 by tonyheller

The National Climate Assessment claims unambiguous warming globally and in the US since 1880.

They show a very detailed graph and map which expresses the claimed warming.

All that red looks pretty scary. Red is the color of fire, and it isn’t hard to convince some people that their carbon sins will lead to hell fire.

What they aren’t telling is that their graph and map are fake. They have no idea what global temperatures were in 1880, 1900, 1920, 1940, or in fact the present,  because outside of the US there is very little verifiable data.

As late as 1940, there was almost no daily coverage of South America or Africa.

NOAA’s current data in Africa and much of the rest of the world is still fake. They make up record temperatures in countries where they have no thermometer data.

By their own admission, the ocean data is also fake.

The issue Ray alludes to is that in addition to the issue
of many more drifters providing measurements over the last
5-10 years, the measurements are coming in from places where
we didn’t have much ship data in the past. For much of the SH between 40 and 60S the normals are mostly made up as there is very little ship data there.

The only location on Earth with good long term daily temperature data in the US.

Before NOAA tampers with their data, the US shows no warming over the past century.

The lack of US warming wrecks global warming theory, so NOAA and NASA tamper with their own data to create fake warming.

The frequency and coverage of hot weather has plummeted in the US over the past century. The US isn’t getting hotter – afternoons are getting cooler.

The US temperature data is tampered with by NOAA in a massive hockey stick.

Which is designed to bring the data precisely in line with CO2 theory.

NOAA knows perfectly well that the US is not warming.

US and global temperatures are constantly being tampered with to cool the past and warm the present.

All of the claims in the National Climate Assessment about global warming are unsupportable junk science, made largely with fraudulent or imaginary data. Global warming is the biggest scam in science history. It has been thoroughly corrupted by tens of billions of dollars of government money – which fake climate scientists refuse to let go of.

The only thing global and unambiguous in the National Climate Assessment, is the level of junk science and fraud it represents.

AMERICA (Trump) Pulls Out Of Paris Climate Accord!

SANITY prevails. The world will be a far better place for humans and for nature… 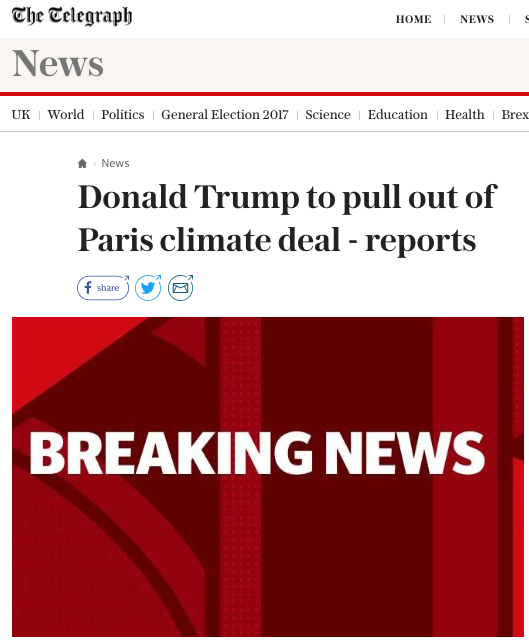 Donald Trump to pull out of Paris climate deal – reports

President Trump has reportedly decided to pull out of the Paris climate change agreement.

According to the news website Axios, two sources close to the Trump Administration said the president has already started consulting on the exit process with senior officials.

The move would strike a massive blow to the legacy of his successor, President Obama, who viewed tackling climate change as a top priority and considered the agreement to be among his greatest achievements. 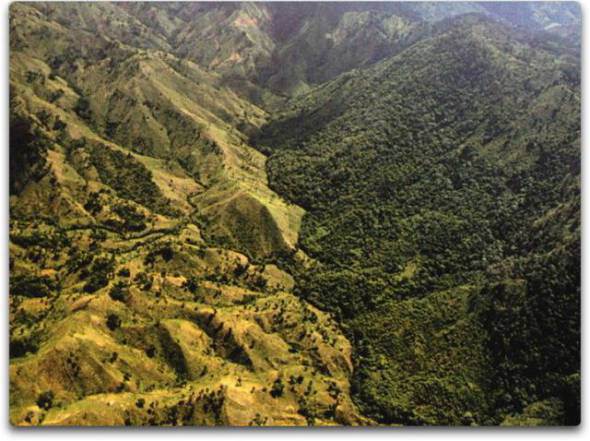