KEEPING It In The Ground… 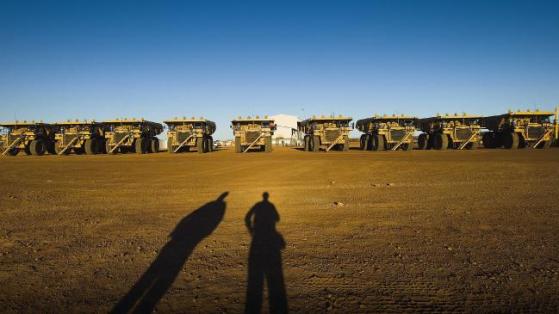 THE next time you are met with the fashionable climate hashtag #keepitintheground by a holier-than-thou climate warrior, calmly remind them that their iPhone, iPad and electric car is not as “sustainable” as they might have hoped for and definitely doesn’t run on a planet-friendly diet of tofu and mung beans.

THEN advise them to direct their misinformed, groupthink-enabled rage at their silicone valley eco-icons – Elon Musk and Apple et al – who are digging gigantic holes in the ground too. Oh, and hiring child miners aged 4 who are living a hell on earth in the Congo mining for their Cobalt…

Apple fires up fight for cobalt

Apple is seeking to buy cobalt directly from mining companies amid a looming shortage of the metal, a key ingredient for the lithium-ion batteries in its iPhones and iPads.

Fearful that the boom in electric cars might put pressure on supplies, the Californian technology giant has been in discussions to secure contracts for “several thousand metric tons” of cobalt each year for at least five years, according to Bloomberg.

While smartphones use an estimated ten grams of refined cobalt, a typical electric car battery uses five to ten kilograms.

If sales of electric vehicles hit a forecast of 30 million by 2030, it will drive further explosive growth in cobalt demand, according to research for Glencore, the mining company, by CRU, a commodities analyst. It forecasts a “material” impact from demand for electric cars by as early as 2020, with an extra 24,000 tonnes needed as early as 2020, compared with about 110,000 tonnes mined globally in 2017 and an additional 314,000 tonnes by 2030.

If Apple secures its own cobalt contracts, rather than leaving it to companies that supply its batteries, it could find itself in fierce competition with carmakers for the metal.

The talks, understood to have begun more than a year ago, come after a tripling in the price of cobalt in the past 18 months, as carmakers jump into the fully electric or hybrid power business, following the likes of Toyota and Tesla. Countries including Britain and France have said that they will ban the sale of petrol and diesel cars from 2040.

Apple declined to comment on the talks. However, Ivan Glasenberg, chief executive of Glencore, the world’s biggest cobalt producer, said in December that the iPhone maker was among the companies it was talking to about cobalt, along with Tesla and Volkswagen.

Overnight (AEDT) Mr Glasenberg said that no deal had been signed. “We don’t have any long-term contracts with Apple; we haven’t signed anything with Apple.”

He added: “We have seen the investments that motor car companies are making in electric vehicles and they will need battery supply, so the demand for electric vehicles is strong. It will require a lot of cobalt and we all know the geological scarcity of cobalt.”

Mr Glasenberg noted that supply was “relatively constrained”, as cobalt could not be mined like lithium, but was a by-product mainly of copper and nickel.

There are also questions about the stability of supply in the Democratic Republic of Congo after a vote last month by its parliament to raise royalties on mining. The change is designed to ensure that the country gets a bigger share of the money paid for its commodities, but it will raise costs for producers.

Mining companies are lobbying against the change, which Mr Glasenberg said would lead to under-investment. “Can the world produce as much cobalt (as) it’s going to need? … What happens in the DRC is going to be very important going forward,” he said.

Apple’s move to secure its own supplies of cobalt comes amid a global drive to safeguard supplies of crucial metals used in electronics while reducing dependence on the DRC, which supplies two thirds of the world’s cobalt but has been criticised for human rights abuses, including using child labour.

In response to criticism from human rights groups, Apple now uses only cobalt refined and smelted in China, Belgium and Finland. It will accept metal from the DRC only if it comes from mines that can prove they provide adequate health and safety protections and safeguards against child labour.

Michael Giblin, mining analyst at S & P Global Market Intelligence, said that end-users of cobalt were already looking for alternatives to the metal.

“Due to the rapid increase in the cobalt price over the last year, plus the fact that the majority of cobalt will be sourced from areas with political and social instability, battery technology is being continually evolved to reduce the reliance on cobalt.

“Conventional battery chemistries are being modified to reduce the cobalt content by increasing content of other metals such as nickel or manganese.”

Apple fires up fight for cobalt | The Australian