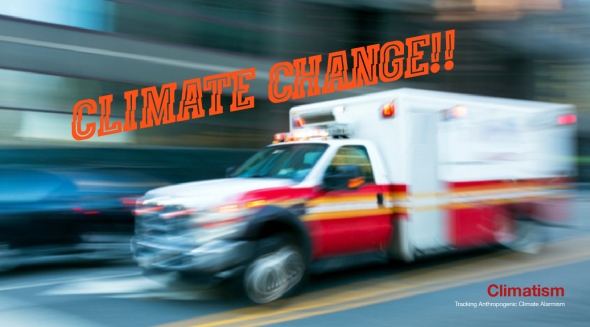 IN the era of  Climate Change hysteria, every and any “extreme weather” or climatic event is instantly blamed on humans and their wicked ways.

RUSHING to ideological and schizophrenic judgement is at best lazy. At worst, such deliberate grandstanding prevents salient solutions to real environmental problems and climate mitigation challenges we face everyday as a society.

THIS fashionable and dangerous eco-paradigm no more obvious than in the tragic California fires, still smouldering.

MENTION “land management” as a solution to prevent future wildfire catastrophes, and the climate mafia will viciously deride one a “denier”, “flat-earther”, “right wing nut job”, “shill of the oil industry” or maybe a “racist” if you’re still hanging around.

ANY name will do, as long as the pejorative is sufficient enough to prevent the conversation shifting away from “CLIMATE CHANGE!”. 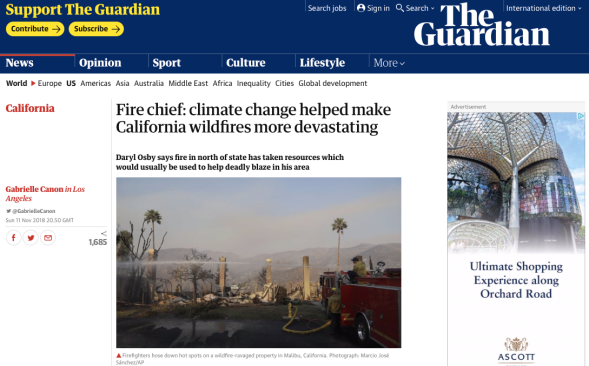 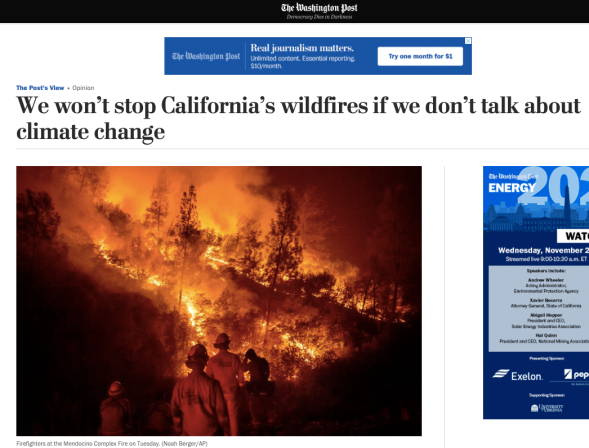 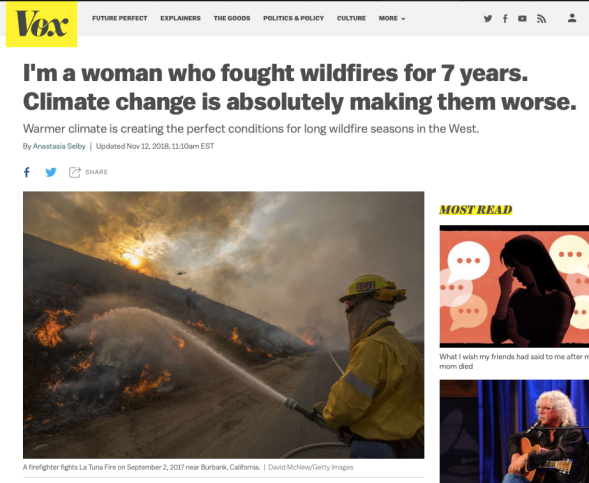 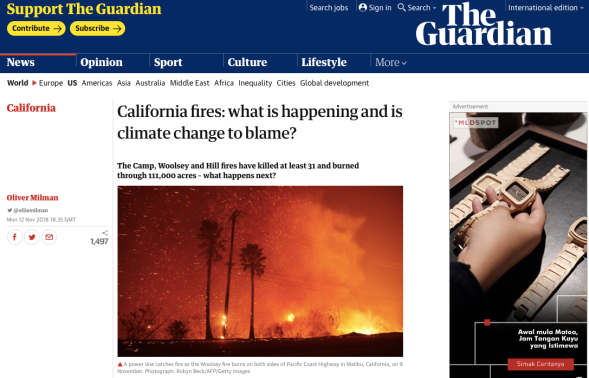 California fires: what is happening and is climate change to blame? | US news | The Guardian 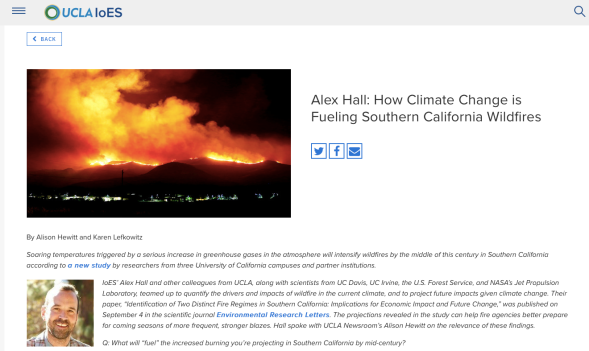 Alex Hall: How Climate Change is Fueling Southern California Wildfires | Institute of the Environment and Sustainability at UCLA

SO, while California burned and the Climate Ambulance Chasers blamed, more measured minds were assessing causes of the fires with data and reasoning instead of defaulting to emotions, politics and groupthink ideology.

Paul Homewood is one who thinks rather than blames. His research helping to quell the superstition and paranoia endlessly levelled by global warming zealots whenever catastrophe strikes.

(Highly recommend Driessen’s work wherever you come across it!)

HOMEWOOD then nuts out the data surrounding the Cali fires, dispelling alarmist claims of CO2-induced “extreme weather” as the root cause …

CFACT are of course dead right. There is really very little point in blaming weather/climate when you can do nothing about it anyway. It is government’s job to tackle the problems they can do something about.

But as for claims about climate change, is there actually anything to them?

Let’s take a look at temperatures for a start.

Orland, CA is near to the Paradise fire and has good, long term meteorological data. Using data from the Western Regional Climate Center, we can plot summertime daily maximums back to 1903:

We find the same pattern with the highest daily temperatures measured each year:

Indeed there has been very little out of the ordinary at all with temperatures this summer:

Of course it has also been dry this year, but again nothing unusual as far as that part of California is concerned. ( Div 2 is the Sacramento Drainage Division): 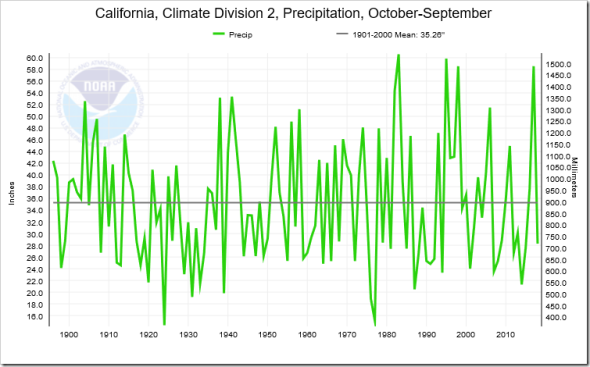 And as we know, the 20thC was an unusually wet interlude, as far as California’s longer history is concerned:

Anybody who uses tries to blame California’s wildfires on “extreme weather” is not only flying in the face of the facts, but also failing to deal with the real causes.

Blaming Climate–Ignoring Incompetence | NOT A LOT OF PEOPLE KNOW THAT

IN terms of area burned, US wildfires were a lot worse earlier in the 20th Century when CO2 was at “safe levels”:

A dose of reality on wildfires.a) forecasted last year in March,this year on May 17 https://t.co/QmsaEdd4S7 Wet California March/April set stage for extra fuel Hot Summer foecast May 19https://t.co/jumvQGYKwL all natural reasons, forecast in advance BTW wildfires down since 30s pic.twitter.com/AJ41ohrQtK

LET’s study the data and the facts before we yell “GLOBAL WARMING” at every pass. We will achieve a lot more for a fraction of the political, social and environmental cost!

WAY too much common sense and logic for the climate ambulance chaser brigade!

‘GREEN’ environmental policies – killing the earth (and people) to ‘save’ it:

“LAWS like the National Environmental Policy Act and the Endangered Species Act, according to Rep. Tom McClintock, R-Calif., “have resulted in endlessly time-consuming and cost-prohibitive restrictions and requirements that have made the scientific management of our forests virtually impossible.”
These laws, and others like them, have drastically reduced the amount of forest thinning and controlled burns that used to effectively keep wildland from becoming a danger to people and property.
“One problem for landowners is disposing of deadwood. Dozens of biomass facilities that burn tree parts that can’t be used for lumber have closed due to emissions regulations and competition from subsidized renewables and cheap natural gas,” wrote The Wall Street Journal.

According to the USDA Forest Service, there are an estimated 129 million dead trees over a territory of 8.9 million acres across California—a fact that even liberal Vox brought attention to as a major concern. And this doesn’t even account for the shrubs and brush that have been the primary contributors to the most recent fires.”

The town of Paradise, California, has been decimated by fire. (Photo: Paul Kitagaki Jr./Zuma Press/Newscom)

Another year, another set of deadly fires burning up California.

The devastation is heartbreaking. The “Camp Fire” has almost completely obliterated the Northern California town of Paradise. It’s now officially the deadliest fire in California history. Over 40 people have died. 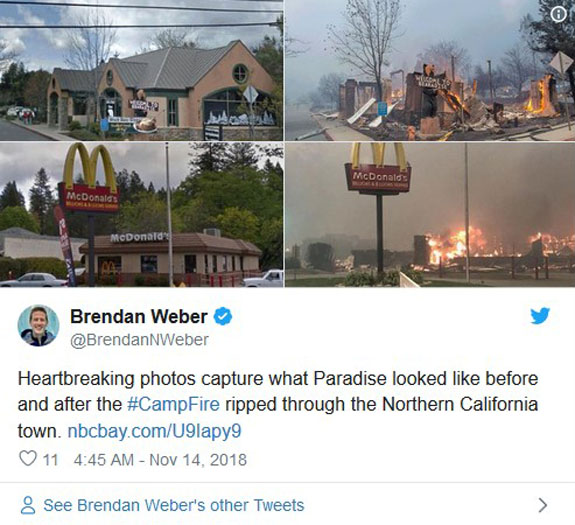 This horrific blaze, along with the Woolsey and Hill fires in Southern California, have inflicted untold property damage, laid waste to towns and huge swaths of wildland, and taken dozens of lives. These wildfires are becoming an annual occurrence in the Golden State.

They don’t have to be.

President Donald Trump took to Twitter to blast poor land management as a cause of the continual fires.

Some have argued that the kind of land management…

SAN FRANCISCO, last week hosted the Global Climate Action Summit which gathered together thousands of climate change activists from around the globe.

IT was such a success that the San Francisco International Airport’s corporate jet traffic rose roughly 30 percent to accomodate the planets most concerned citizens! Ahem.

NO doubt it was all worth it for the global eco-elites – flexing their moral muscles, nattering on how best to stop you from using cheap, reliable thermal energy sources and how to best control every aspect of your life and lifestyle.

MEANWHILE, at the same summit, four climate scientists, talking “science”, and without spending a cent of your hard-earned taxpayer money, took just 3 minutes and 46 seconds of your precious time to utterly destroy the crumbling edifice that the Climate Crisis Industry relies on to keep their scam afloat and your wallet open – Climate Change Alarmism…

FOR details on the “Arctic dire warning” report featured in the clip, see here:

END_OF_DOCUMENT_TOKEN_TO_BE_REPLACED

The eco-militant EPA’s own figures note that slashing America’s CO2 emissions, will prevent less than 0.03 degrees Fahrenheit of global warming 85 years from now!

All that pain – destroying jobs and impairing human welfare – for such little gain!

Virtue-signalling politicians “riding their eco-friendly flying pigs” – a far more dangerous threat to life on earth than any minuscule and arguably beneficial, ‘global warming’ could ever be!

h/t Breitbart; California has committed to moving forward with its job destroying climate policies, regardless of vocal complaints from business leaders.

California, at Forefront of Climate Fight, Won’t Back Down to Trump

“California can make a significant contribution to advancing the cause of dealing with climate change, irrespective of what goes on in Washington,” Mr. Brown said in an interview. “I wouldn’t underestimate California’s resolve if everything moves in this extreme climate denial direction. Yes, we will take action.”

The bills “impose very severe caps on the emission of greenhouse gases in California, without requiring the regulatory agencies to give any consideration to the impacts on our economy, disruptions in everyone’s daily lives or the fact…