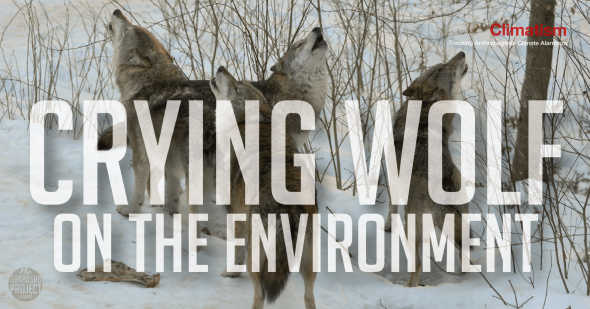 “THE journalists come up and they’re not interested in what the truth is. They’re only interested in finding out where the ‘dead’ reef is. And when people who work right up and down the reef can’t actually take them to a single place that is going to suit their dooms-day story, then we sort of need a bit of balance…”
– Paul Talbott : GBR Tourist operator

IN June of 2016, Ridd made the headlines after suspecting something was wrong with photographs being used to highlight the apparent rapid decline of the Great Barrier Reef: 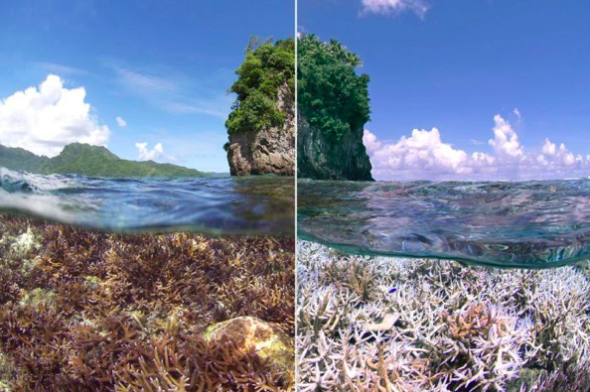 The ABC used a photo of reef bleaching on Flowerpot Rock in American Samoa in stories about the Great Barrier Reef.

AFTER attempting to blow the whistle on the bogus pictures, Ridd was censured and subsequently sacked by James Cook University. (Ridd is currently suing JCU)

After a formal investigation, Professor Ridd was found guilty of “failing to act in a collegial way and in the academic spirit of the institution”!

His crime was to encourage questioning of two of the nation’s leading reef institutions, the Centre of Excellence for Coral Studies and the Great Barrier Reef Marine Park Authority, on whether they knew that photographs they had published and claimed to show long-term collapse of reef health could be misleading and wrong.” Graham Lloyd – The Australian – 11 June 2016

SIMILAR totalitarian treatment was dished out by James Cook University to the late and great Bob Carter, a former JCU adjunct Professor. Carter was a world renowned climate change expert and sceptic. His crime – speaking outside the permitted doctrine of climate change.

PROFESSOR RIDD writes an ever insightful and eye-opening piece on the reef in today’s Australian.

Coral can take the heat, unlike experts crying wolf

Scientists from James Cook University have just published a paper on the bleaching and death of corals on the Great Barrier Reef and were surprised that the death rate was less than they expected, because of the adaptability of corals to changing temperatures.

It appears as though they exaggerated their original claims and are quietly backtracking.

To misquote Oscar Wilde, to exaggerate once is a misfortune, to do it twice looks careless, but to do it repeatedly looks like unforgivable systemic unreliability by some of our major science organisations.

The very rapid adaptation of corals to high temperatures is a well-known phenomenon; besides, if you heat corals in a given year, they tend to be less susceptible in the future to overheating. This is why corals are one of the least likely species to be affected by climate change, irrespective of whether you believe the climate is changing by natural fluctuations or because of human influence. 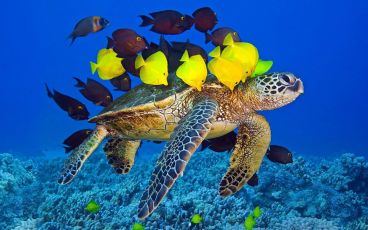 Corals have a unique way of dealing with changing temperature, by changing the microscopic plants that live inside them. These microscopic plants, called zooxanthellae, give the coral energy from the sun through photosynthesis in exchange for a comfortable home inside the coral. When the water gets hot, these little plants effectively become poisonous to the coral and the coral throws them out, which turns the coral white — that is, it bleaches.

But most of the time, the coral will recover from the bleaching. And here’s the trick: the corals take in new zooxanthellae, that floats around in the water quite naturally, and can selectselecting different species that are better suited to hot weather.

Most other organisms have to change their genetic make-up to deal with temperature changes — something that can take many generations. But corals can do it in a few weeks by just changing the plants that live in them.

They have learned a thing or two in a couple of hundred million years of evolution.

The problem here is that the world has been completely misled about the effects of bleaching by scientists who rarely mention the spectacular regrowth that occurs. For example, the 2016 bleaching event supposedly killed 93 per cent, or half, or 30 per cent of the reef, depending on which headline and scientist you want to believe.

However, the scientists looked only at coral in very shallow water — less than 2m below the surface — which is only a small fraction of all the coral, but by far the most susceptible to getting hot in the tropical sun. 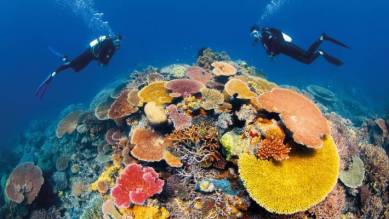 A recent study found that deep-water coral (down to more than 40m) underwent far less bleaching, as one would expect. I estimate that less than 8 per cent of the Barrier Reef coral died. That might still sound like a lot, but considering that there was a 250 per cent increase in coral between 2011 and 2016 for the entire southern zone, an 8 per cent decrease is nothing to worry about. Coral recovers fast.

But this is just the tip of the exaggeration iceberg. Some very eminent scientists claim that bleaching never happened before the 1980s and is entirely a man-made phenomenon. This was always a ridiculous proposition.

A recent study of 400-year-old corals has found that bleaching has always occurred and is no more common now than in the past. Scientists have also claimed that there has been a 15 per cent reduction in the growth rate of corals. However, some colleagues and I demonstrated that there were serious errors in their work and that, if anything, there has been a slight increase in the coral growth rate over the past 100 years.

This is what one would expect in a gently warming climate. Corals grow up to twice as fast in the hotter water of Papua New Guinea and the northern Barrier Reef than in the southern reef. I could quote many more examples.

This unreliability of the science is now a widely accepted scandal in many other areas of study and it has a name: the replication crisis. When checks are made to replicate or confirm scientific results, it is regularly found that about half have flaws. This is an incredible and scandalous situation, a view shared by the editors of eminent journals and many science institutions. A great deal of effort is going into fixing this problem, especially in the biomedical sciences, where it was first recognised. 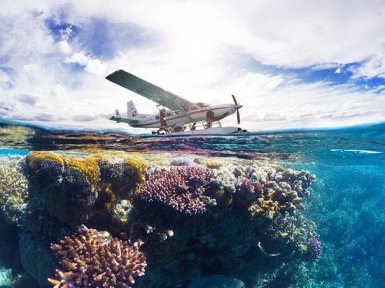 But not for Barrier Reef science. The science institutions deny there is a problem and fail to correct erroneous work. When Piers Larcombe and I submitted an article to a scientific journal suggesting we needed a little additional checking of Great Barrier Reef science, the response from many very eminent scientists was that there was no need. Everything was fine. I am not sure if this is blind optimism or wilful negligence, but why would anybody object to a little more checking? It would cost only a few million dollars — just a tiny fraction of what governments will be spending on the reef.

But the truth will out eventually. The scare stories about the Barrier Reef started in the 1960s, when scientists first started work on it. They have been crying wolf ever since. But the data keeps coming in and, yes, sometimes a great deal of coral dies in a spectacular manner, with accompanying media fanfare. It is like a bushfire on land — it looks terrible at first, but it quietly and rapidly grows back, ready for the scientists to peddle their story all over again.

Peter Ridd was, until fired this year, a physicist at James Cook University’s marine geophysical laboratory.

Coral can take the heat, unlike experts crying wolf | The Australian