← NATIONAL GEOGRAPHIC : ‘Norway Was Warmer 1,000 Years Ago’
ALL Quiet On The ‘Climate Emergency’ Front : Healthy Sea-Ice Levels At Both Poles → 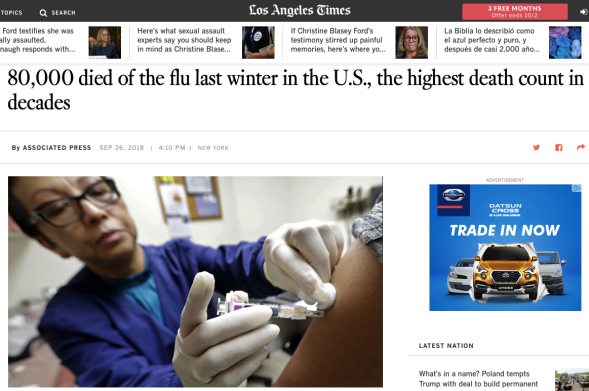 80,000 died of the flu last winter in the U.S., the highest death count in decades | Los Angeles Times

Reporting from New York —  An estimated 80,000 Americans died of flu and its complications last winter — the disease’s highest death toll in at least four decades.

The director of the Centers for Disease Control and Prevention, Dr. Robert Redfield, revealed the total in an interview Tuesday night with the Associated Press.

Flu experts knew it was a very bad season, but at least one found the size of the estimate surprising.

“That’s huge,” said Dr. William Schaffner, a Vanderbilt University vaccine expert. The tally was nearly twice as much as what health officials previously considered a bad year, he said.

Last fall and winter, the U.S. went through one of the most severe flu seasons in recent memory. It was driven by a kind of flu that tends to put more people in the hospital and cause more deaths, particularly among young children and the elderly.

The season peaked in early February and was mostly over by the end of March.

CDC officials do not have exact counts of how many people die from flu each year. Flu is so common that not all flu cases are reported, and flu is not always listed on death certificates. So the CDC uses statistical models, which are periodically revised, to make estimates.

Fatal complications from the flu can include pneumonia, stroke and heart attack.

CDC officials called the 80,000 figure preliminary, and said it may still be revised. But they said it is not expected to go down.

The figure eclipses the estimates for every flu season going back to the winter of 1976-77. Estimates for many earlier seasons were not readily available.

It’s not easy to compare flu seasons through history, partly because the nation’s population is changing. There are more Americans — and more elderly Americans — today than in decades past, noted Dr. Daniel Jernigan, a CDC flu expert.

U.S. health officials on Thursday are scheduled to hold a media event in Washington to stress the importance of vaccinations to protect against whatever flu circulates this winter.

And how bad is it going to be? So far, the flu that’s been detected is a milder strain, and early signs are that the vaccine is shaping up to be a good match, Jernigan said.

The makeup of the vaccine has been changed this year to try to better protect against expected strains.

FOR the latest AU government information on COVID19 :

COLDEST US TEMPS ON RECORD 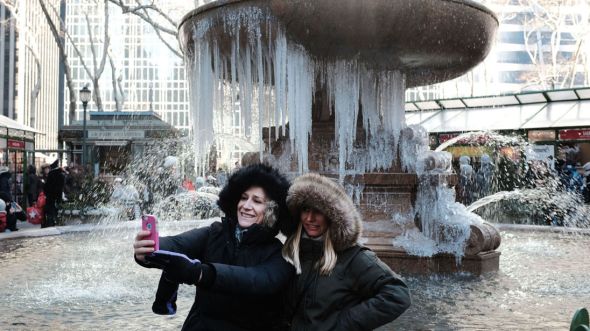 NEW YORK, NY – DECEMBER 27: Two women take a selfie photo in front of a frozen fountain in Bryant Park on a frigid day in Manhattan on December 27, 2017 in New York City. Dangerously low temperatures and wind chills the central and eastern United States are making outdoor activity difficult for many Americans. Little relief from the below normal temperatures is expected the first week of the New Year. (Photo by Spencer Platt/Getty Images)

Temperatures have plummeted to -37C as the US Midwest and Northeast is hit by a record Arctic blast.

Cold weather records were set from Arkansas to Maine on Thursday and the freezing air is expected to last through the weekend and reach as far south as Texas and the Florida Panhandle.

In New Hampshire, the cold set a record for the day of -37C on Mount Washington.

An investigation has been launched by the humane society after a dog was found “frozen solid” on the porch of a home in Toledo, Ohio. 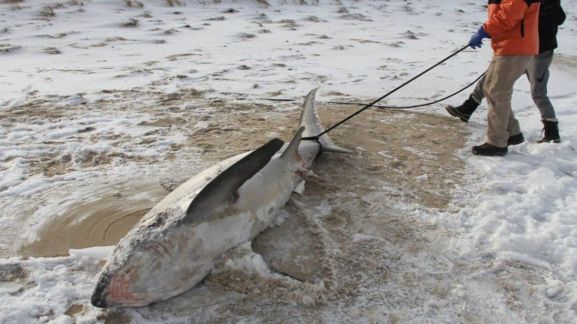 In Massachusetts, the Atlantic White Shark Conservancy found three thresher sharks washed up in Cape Cod, “stranded due to cold shock,” which can cause cardiac arrest in animals.

The conservancy collected tissue samples from the sharks that will be examined “once they thaw.”

“We hauled the shark off the beach and it is currently thawing at NOAA Fisheries Service to be dissected later,” the group wrote on Facebook about the latest shark discovery. “A true sharkcicle!” 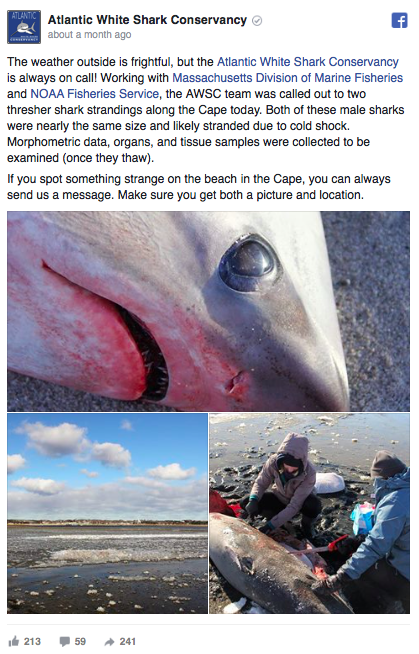 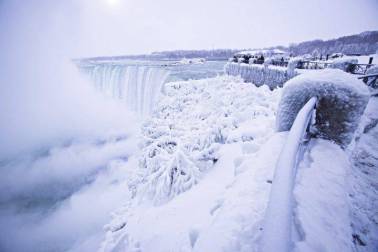 Visitors take photographs at the brink of the Horseshoe Falls in Niagara Falls, Ontario, as cold weather continues through much of the province on Friday, Dec. 29, 2017. (Aaron Lynett/The Canadian Press via AP) 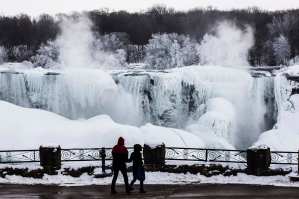 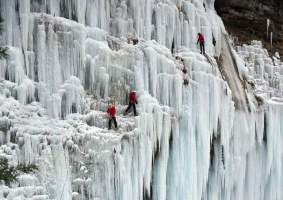 Temperatures across the province dropped to record lows last month, as frigid air continues to hover over the region for longer than expected.

Global News meteorologist Ross Hull explained that 2018 has been the coldest Jan. 1 on record in the Niagara Falls area, with temperatures dipping below -26 C.

“That is well below average, considering the normal overnight/morning low should be closer to -7 C,” Hull said. “The high temperature on New Year’s Eve was also well below average with a daytime high close to -15 C.”

Niagara Falls’ breathtaking winter views are the upside of this extreme cold | Globalnews.ca 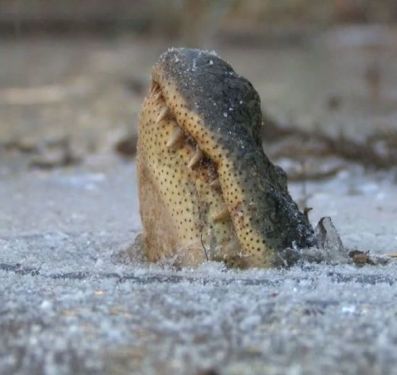 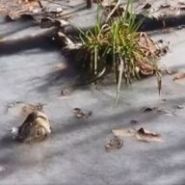 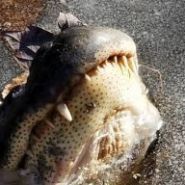 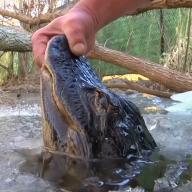 Those visiting frozen swamps in North Carolina a few days ago would have seen a very strange sight – alligator snouts poking out of the icy ponds, with their bodies frozen below.

Although the creatures were as still as if they were dead, experts have assured the public that this is simply how alligators survive in unexpectedly cold weather.

A “bomb cyclone” hit the East Coast of the US last week, dumping snow as far south as Florida, and causing usually relatively warm and humid swamps to face icy temperatures.

More : It’s so cold in the US that alligators are poking their snouts through ice to survive | ABC News 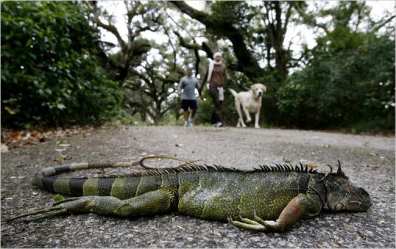 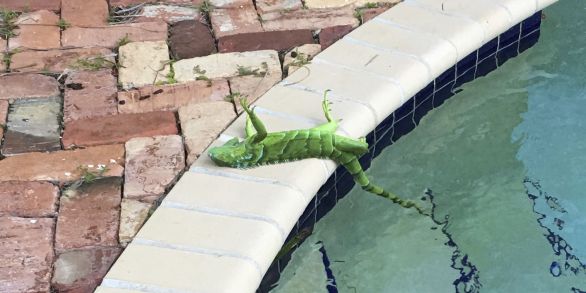 In Florida, iguanas are freezing and falling out of trees

MIAMI BEACH, Fla. (AP) — It’s so cold in Florida that iguanas are falling from their perches in suburban trees.

Temperatures dipped below 40 degrees Fahrenheit (5 degrees Celsius) early Thursday in parts of South Florida, according to the National Weather Service in Miami.

In Florida, iguanas are freezing and falling out of trees | USA Today 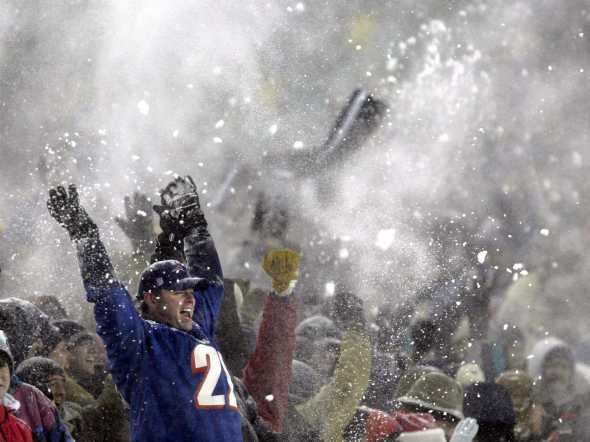 MINNEAPOLIS — A New England Patriots fan who could see her breath as she talked outside U.S. Bank Stadium before Super Bowl LII noted she would be in select company.

“We’re going to be able to say that we went to the coldest Super Bowl ever,’’ Lisa Brown of Canton, Mass., told USA TODAY Sports.

It was a unique and bone-chilling experience — inside U.S. Bank Stadium, about 70 degrees. Outside, as Lisa Brown and her son, Bob, could attest, it was, well … FREEZING!

The temperature hovered just above zero and wind chill made it feel about minus-20 degrees. 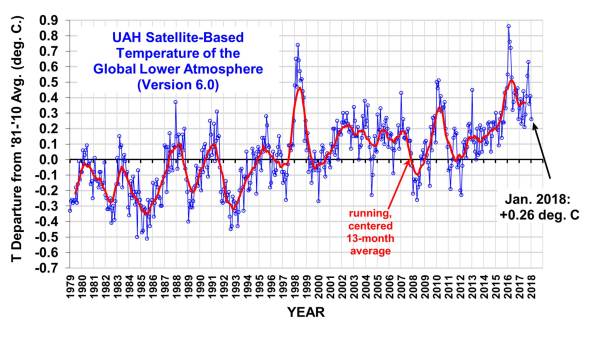 A La Niña equatorial Pacific Ocean cooling event is making itself felt in the atmosphere, dropping average temperatures in the tropics to their lowest point since June 2012 (-0.15 C), and temperatures in the Southern Hemisphere (+0.06 C) to their coolest since April 2015 (-0.01 C), according to Dr. John Christy, director of the Earth System Science Center (ESSC) at The University of Alabama in Huntsville.

The drop in tropical temperatures (0.38 C) from December to January tied for the third largest one-month drop in the 470 months of satellite temperature data. The largest was 0.51 C from September to October 1991, which followed the eruption of the Mount Pinatubo volcano in the Philippines. The second largest (0.41 C) was from July to August 2014.

The planet continues to cool after an El Niño induced string of warm years | Watts Up With That?

THE more accurate and comprehensive UAH satellite temps (recorded by NASA’s MSU satellite) are in stark contrast to the spuriously ‘adjusted’ “Hottest Year Evah” graphs that come out of the hockey-stick halls of the gate-keepers of global temperature – NASA, NOAA, BoM and MetOffice… 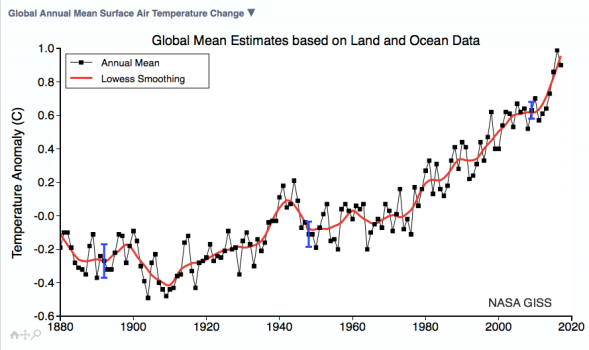 FROM the real-world experiences evidenced in this post, which method of temperature gathering and reporting seems more accurate to you?

THIS is what the medical journal Lancet found:

A new study published in The Lancet shows 6.5% of deaths in this country are attributed to cold weather, compared with 0.5% from hot weather. Most deaths will be from cardiovascular and respiratory disease, as it’s the heart and lungs that struggle when we are outside our comfort zone.