← GREENPEACE : Protesting Oil In Hard Hats Made Of Oil
THE Death Of A Climate Icon: The Video →

THE Polish people have experienced the social and economic devastation of Communism aka Socialism in the recent past. They clearly do not want a repeat of it… 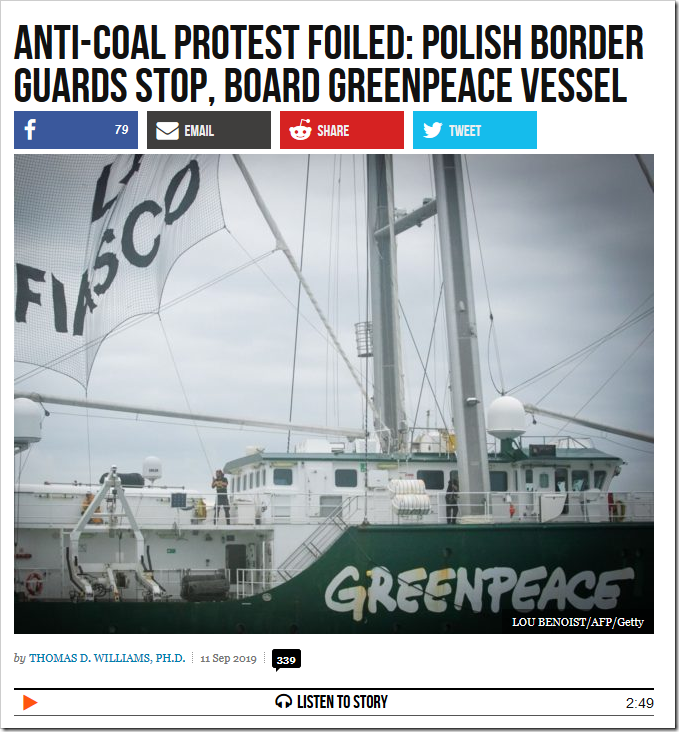 On its website, Greenpeace said that its activists had sought to prevent a shipment of coal imported from Mozambique from being unloaded in Poland as part of a “climate emergency protest.”

Earlier, activists had vandalized the coal vessel with graffiti, painting “Poland Beyond Coal 2030” on the side of the ship’s hull.

Greenpeace Poland Program Director Paweł Szypulski justified the group’s actions by saying they were responding to an emergency.

“This is a climate emergency and we need to take action now,” Szypulski said. “This is our moment of truth and there is no turning back. We are taking action along with the millions of other people around the world demanding an end to fossil fuels. We have no time to waste.”

In a strange coincidence, at least one European nation has recently had to turn to Poland with its substantial…