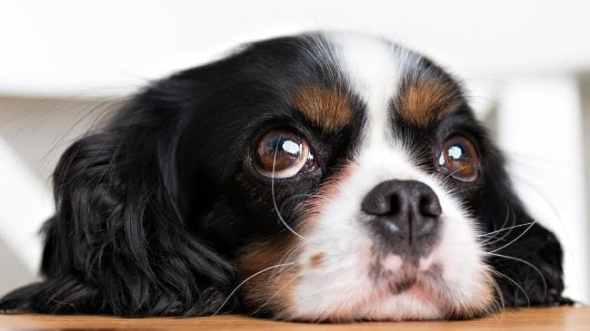 Humans aren’t the only ones with a carbon footprint. Picture — Supplied | The Australian

UNTIL Climatism blog I hadn’t done any regular writing. I entered the climate wars in 2013 without any formal training in writing or journalism. Though, one doesn’t need any formalities to suffer from the blight of writers block!

HOWEVER, one area of the climate debate that always seems to get the writing juices flowing is when I see how draconian climate policies affect our most vulnerable. How a very large segment of society, including struggling small businesses are made to suffer energy poverty in silence from the virtuous “save the planet” decisions pushed by wealthy climate elites, gleefully rubber-stamped by do-gooder politicians – all who can afford to pay the ruinous costs of ‘green’ energy and comply with the rules and regulations that they impose on others.

AND, let’s not forget the 1.3 billion people, globally, who have no electricity at all. What for them?

THE latest UN IPCC special report (SR15) details dramatic changes in lifestyle and energy consumption habits needed to limit modelled warming to 1.5°C by 2100. A multi-trillion dollar transition to  unreliables to reach a lofty ‘zero-emissions’ goal by 2050 in order to avoid a (fabricated) 2°C global temperature rise by 2100 that we’re told will result in certain Armageddon.

“The Global Warming of 1.5C report by the Intergovernmental Panel on Climate Change confirms the need to maintain the strongest commitment to the Paris Agreement’s aims of limiting global warming to well below 2ºC and pursuing efforts towards 1.5ºC.”

UNFCCC Statement on the Latest IPCC Climate Change Report | Watts Up With That?

ONE of Australia’s great columnists and TV news personalities, Chris Kenny, writes a cracking piece that puts another spin on the latest, predictably hyper-alarmist IPCC report.

HOW enthusiastic are IPCC cheerleaders to dramatically rearrange their own lifestyles and reduce that ‘carbon footprint’ in order to obtain the utopian “sustainability” goals as laid out by their globalist overlords at the UN?

Humans aren’t the only ones with a carbon footprint. Picture — Supplied

Surely it is time for the climate activists to kill their pets. Invigorated by the latest alarmism from the UN’s IPCC, they are at it again, advocating a range of economically damaging policies to save the planet.

We should shut down the coal industry, they say. Never mind it is about to reclaim its mantle as our highest export earner, never mind the tens of thousands of people that would lose their jobs, the communities that would be ruined and the millions of people overseas who would be denied energy and prosperity.

We should switch to renewable energy, they say. Never mind the pensioners and low income families who cannot afford their electricity bills and go to bed early to stay warm.

We should use different light globes, they say, and switch all our lights off for an hour of virtue-signalling once a year.

Many of these well-to-do activists are indulging their post-material concerns, perhaps some feel a little guilty about their prosperity.

But they seem all too keen to make the climate someone else’s problem. They can afford their power bills and they like parading their sanctimony so why should they care about a family huddled around a kerosene heater or a village in India waiting for reliable electricity or jobs from a new factory.

This is why the activists always talk about their cataclysmic predictions in specific and personal terms, you know the stuff; islands will disappear, climate refugees will wander the earth, beachfront homes will disappear, cyclones, floods and droughts will swamp us all.

But the policy solutions are always made to sound harmless. We just “put a price on carbon” and switch to renewable energy (which they claim is cheaper even while they champion its subsidies) and take new green jobs and everything will be rosy.

The latest report from the IPCC also suggests we eat less meat to make the planet more sustainable. Vegetarianism is seen as a virtue (despite the known methane emission characteristics of tabouli).

The trouble is we have heard all this before. Every report cites the next decade as a “tipping point” or the last chance for action. Then, after the predictions of the climate models again fail to materialise, they say the same thing about the next decade. It is like a boy crying wolf or President Obama drawing a red line — it inspires more complacency than action.

So if the climate activists really want to awaken us to the threat of global warming they should start executing their pets. After all, we have read about how herds of cattle and mobs of sheep contribute to the carbon emissions problem; hence the calls to eschew meat.

A range of studies have examined the carbon pawprints of pets. Some claim the impact of an average dog on the climate is equivalent to that of a car. A study by UCLA scientist Gregory Okin was published last year by the Public Library of Science quantifying the emissions from dogs and cats in the US at 64 million tonnes of CO2 equivalent methane and nitrous oxide. “Reducing the rate of dog and cat ownership, perhaps in favour of other pets that offer similar health and emotional benefits would considerably reduce these impacts,” Okin said. The paper raised concerns about how this climate impact would escalate as developing nations started to increase their rates of pet ownership.

Unlike sheep and cattle, pets don’t produce food or sustenance; they are just there for the indulgence of humans. So I reckon they should be the first thing sacrificed to save the planet.

Think of all the carbon emissions saved when fewer animals are bred and killed to feed our cats and dogs, fewer factories manufacture their meals and fewer trucks transport their tinned food.

Besides, if we are going to pay even more for our electricity, many of us won’t be able to afford pet food. If the climate activists were really serious, they would stop pretending that they can save the planet without hurting anyone.

These activists fly around the world from conferences to media events, drumming up support from millionaire entertainers who fly around the world in their private jets. Some of the leading activists have multiple houses, multiple vehicles and multiple pets and yet they want us to suffer from steep power prices and give up our Sunday roasts. When they put down their pets, then we’ll know they’re serious.

One Comment on “WALK THE TALK : ‘Climate Change Activists, It’s Time To Kill Your Pets’”