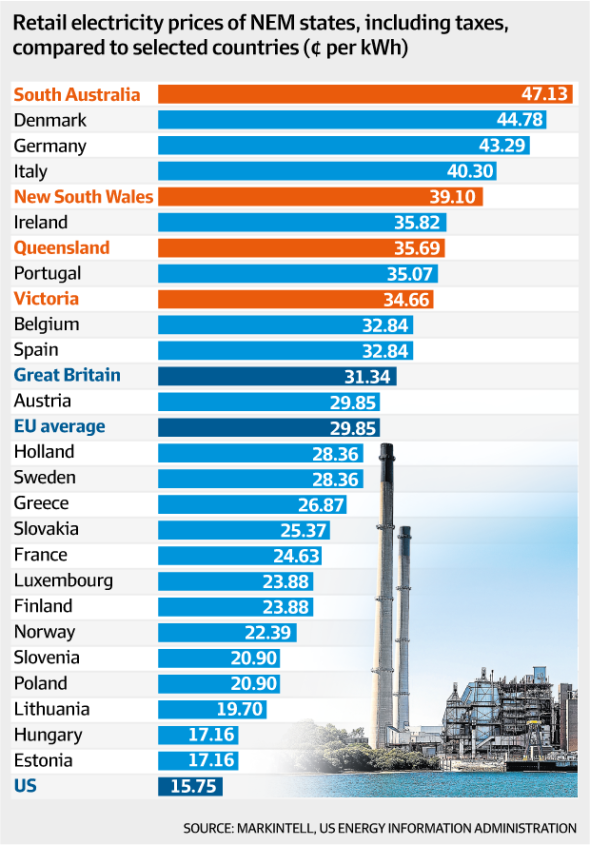 More than 100,000 Australian families had their power cut off last year, and a further 100,000 are on payment plans with their power retailers – all thanks to Australia’s diabolical obsession with wind and solar power.

South Australia tops the list above, for one reason, and one reason only: its ludicrous attempt to run on sunshine and breezes.

Craig Kelly heads up the Monash Forum, a group of 30 Liberal and National MPs determined to arrest the disaster. Here’s Craig.

“I told myself it was beneath my dignity to arrest a man for pilfering firewood. But nothing ordered by the party is beneath the…