THE SUN : Climate Control Knob, Enemy Of The Climate Cult

THE mass of the Sun is approximately 330,000 times greater than that of Earth. You can fit 1.3 million earths into it.

THE Sun generates huge amounts of energy by combining hydrogen nuclei into helium. This process is called nuclear fusion.

LIGHT from the Sun reaches Earth in 8 minutes and 20 seconds.

THE Aurora Borealis and Aurora Australis are caused by the interaction of solar winds with Earth’s atmosphere. The solar wind is contains charged particles such as electrons and protons. They escape the Sun’s intense gravity because of their high kinetic energy and the high temperature of the Sun’s corona (a type of plasma atmosphere that extends into space).

ALL that power and life-sustaining magnificence! And yet, the Sun is completely dismissed as a key driver of climate by the climate crisis industry. Why? Because, you cannot control the Sun, therefore you would be laughed out of town if you tried to tax voters for climate changes or weather extremes caused by the Sun.

THEREFORE, your lifestyle and emissions are to blame – CO2 the patsy – tax away and obey!

“Scientists now claim that a 0.0001 mole fraction increase in CO2 over the past century controls the climate.  This is because the Sun can’t be controlled, scientists can’t pretend they know how to prevent bad weather, and politicians can’t use sunspots as an excuse to raise taxes and control energy policy.” – Tony Heller

CLIMATE alarmist outfit “Union Of Concerned Scientists“ recognises the Sun as a key driver of climate only up until the late 1970’s, before politics, ideology, power and control entered the ‘science’ of climate. The late 1970’s also corresponds nicely with a cyclical rise in global temps following the well-catalogued 70’s “global cooling” scare :

“Over the time-scale of millions of years, the change in solar intensity is a critical factor influencing climate (e.g., ice ages).  However, changes in the rate of solar heating over the last century cannot account for the magnitude of the rise in global mean temperature since the late 1970s.” – Union Of Concerned Scientists 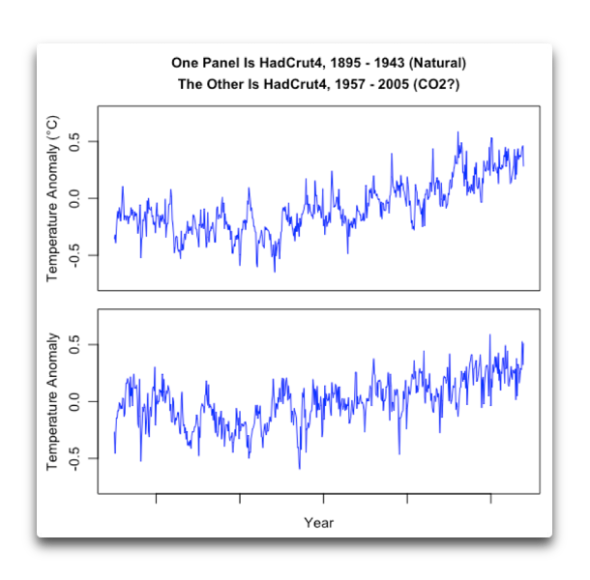 Where, Exactly, Is The Man-made Climate Problem? | Climatism

THE 2013 UN IPCC report claimed with at least 95 percent certainty that human activities – chiefly the burning of fossil fuels – are the main cause of warming since the 1950s.

“Drafts seen by Reuters of the study by the U.N. panel of experts, due to be published next month, say it is at least 95 percent likely that human activities – chiefly the burning of fossil fuels – are the main cause of warming since the 1950s.”

AND then of course, over the past 20+ years, we have witnessed the ‘inconvenient’ global warming “pause” or “hiatus“, despite record and rising CO2 emissions. 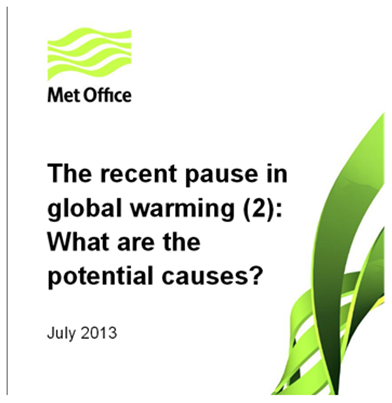 The Pause Has Returned

ACCORDING to NASA data, the recent 0.56°C plunge in global temperatures, following the 2015/16 super El Nino, is the greatest two-year cooling event in a century. “You have to go back to 1982-84 for the next biggest two-year drop, 0.47°C—also during the global warming era.”

Earth in ‘Greatest Two-Year Cooling Event in a Century’ Shock

Our planet has just experienced the most extreme two-year cooling event in a century. But where have you seen this reported anywhere in the mainstream media?

You haven’t, even though the figures are pretty spectacular. As Aaron Brown reports hereat Real Clear Markets:

From February 2016 to February 2018 (the latest month available) global average temperatures dropped 0.56°C. You have to go back to 1982-84 for the next biggest two-year drop, 0.47°C—also during the global warming era. All the data in this essay come from GISTEMP Team, 2018: GISS Surface Temperature Analysis (GISTEMP). NASA Goddard Institute for Space Studies (dataset accessed 2018-04-11 at https://data.giss.nasa.gov/gistemp/). This is the standard source used in most journalistic reporting of global average temperatures.

To put this temperature drop in context, consider that this is enough to offset by more than half the entirety of the global warming the planet has experienced since the end of the 19th century.

Read the rest on Breitbart.

QUITE clearly, something other than human CO2 emissions controls our climate. 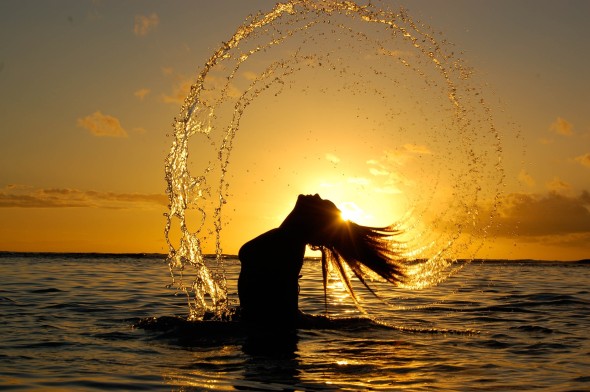 BEFORE the ‘science’ of climate was politically-polluted with the man-made CO2 = 95% of all warming narrative, scientists understood what really drove climate…

Prior to the widespread adoption of the superstition that a 0.0001 mole fraction increase in CO2 over the past century controls the climate, scientists took a more rational approach. The first director of NCAR – Walter Orr Roberts – was a brilliant solar physicist. He understood that the sun controlled earth’s weather.

The drought occurred, exactly as he predicted.

In 1951, Roberts discovered a critical relationship between solar activity and weather. In 1967, National Geographic understood that the sun controls glaciers.

In 1931, meteorologists were certain about the relationship between sunspots and the weather.

In 1936, the Australian Medical Congress was certain about the relationship between sunspots and natural disasters. Scientists now claim that a 0.0001 mole fraction increase in CO2 over the past century controls the climate.  This is because the Sun can’t be controlled, scientists can’t pretend they know how to prevent bad weather, and politicians can’t use sunspots as an excuse to raise taxes and control energy policy. The 1:10,000 increase in atmospheric CO2 over the past century is equivalent to packing an extra two people into Madison Square Garden Sunspots are becoming scarce. Very scarce. So far in 2018 the sun has been blank almost 60% of the time, with whole weeks going by without sunspots. Today’s sun, shown here in an image from NASA’s Solar Dynamics Observatory, is typical of the featureless solar disk:

The sun today, from the Solar Dynamics Observatory

The fact that sunspots are vanishing comes as no surprise. Forecasters have been saying for years that this would happen as the current solar cycle (“solar cycle 24”) comes to an end. The surprise is how fast.

“The smoothed, predicted sunspot number for April-May 2018 is about 15,” says NOAA. “However, the actual monthly values have been [significantly] lower.”

“Official” forecasts of the solar cycle come from NOAA’s Solar Cycle Prediction Panel–a group of experts from NOAA, NASA, the US Air Force, universities and other research organizations. They have been convening at intervals since 1989 to predict the timing and intensity of Solar Max. The problem is, no one really knows how to predict the solar cycle. The most recent iteration of the panel in 2006-2008 compared 54 different methods ranging from empirical extrapolations of historical data to cutting-edge supercomputer models of the sun’s magnetic dynamo. None fully described what is happening now.

It’s important to note that solar minimum is a normal part of the sunspot cycle. Sunspots have been disappearing (or nearly so) every ~11 years since 1843 when German astronomer Samuel Heinrich Schwabe discovered the periodic nature of solar activity. Sometimes they go away for decades, as happened during the Maunder Minimum of the 17th century.  We’ve seen it all before. Or have we….?

The Origins Of The Global Warming Scam :

4 Comments on “THE SUN : Climate Control Knob, Enemy Of The Climate Cult”