EXCLUSIVE: Bringing the stunning hypocrisy of a climate conference out into the open

“Follow the money, because that’s really all climate change policy, sustainability, and science seems to be about these days.”

Spot-on Anthony. Great investigative post exposing the serial eco-hypocrites. Though, not sure how “Exclusive” it is owing to your disturbingly true observation that “there is a constant merry-go-round of academic conferences scheduled all over the world every year which they are required to attend to maintain their academic status – and also to get free vacations, of course. There are dozens of conferences like this every year, year after year, all over the planet, all similarly purposeless and unnecessary – part of the endless academic gravy train of grants and free travel.”

UC Berkeley is just a short drive away, about three hours.

We are often told by the “holier than thou” types who lecture us on the evils of modern energy consumption that we should travel less, reduce our use of fossil fuels, have less children or no children, and suggesting we even kill ourselves for the betterment of the planet.

However, these same people don’t seem to practice what they preach. First, let’s set the stage. For example Eric Holthaus, who is meteorologist and staff writer for Grist (formerly Slate) wailed that he will have a vasectomy to prevent population growth. 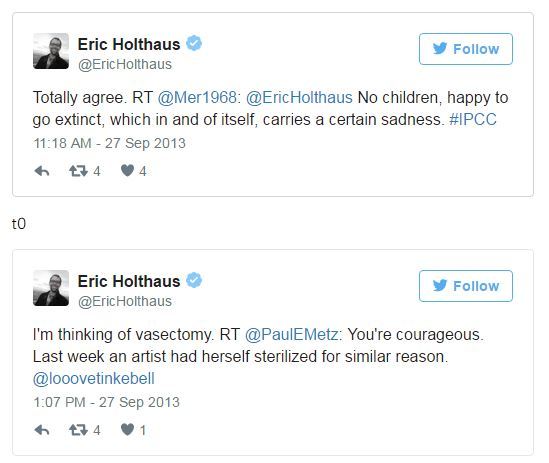 Then he said, kids are OK while telling the world how “fucked up it is”, and announces his first child with this tweet: 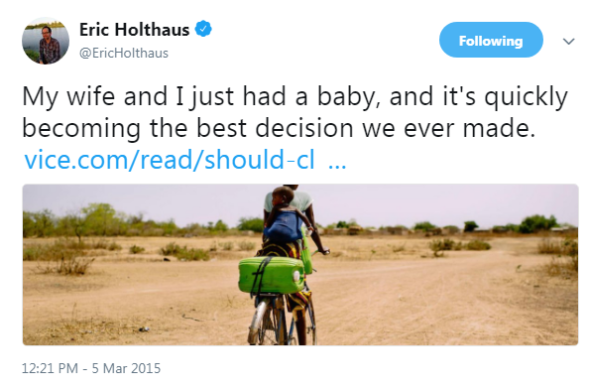 He’s now reportedly got two children and is…