← BBC Forced To Retract False Claim About Hurricanes
My Email To The NAS, NAE, and NAM →

Kim Stanley Robinson: Empty Half the Earth to Save the Planet

“Climate Change” aka “Global Warming” has nothing to do with the ‘environment’. The environment is an emotional ruse conveniently used to justify deindustrialisation. Ergo, supposed population decrease.
Regards,
Thomas Malthus 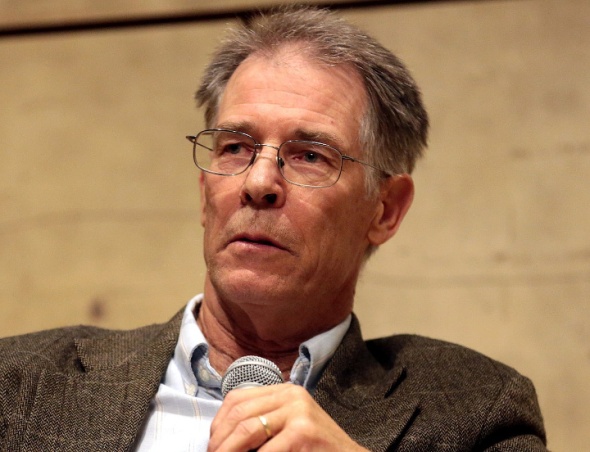 h/t Nick Shaw – US Author Kim Stanley Robinson wants half the Earth to be depopulated, by somehow inducing rural people to move into cities.

Empty half the Earth of its humans. It’s the only way to save the planet

There are now twice as many people as 50 years ago. But, as EO Wilson has argued, they can all survive – in cities

Right now we are not succeeding. The Global Footprint Network estimates that we use up our annual supply of renewable resources by August every year, after which we are cutting into non-renewable supplies – in effect stealing from future generations. Eating the seed corn, they used to call it. At the same time we’re pumping carbon dioxide into the atmosphere at a rate that is…