CLIMATE CHANGE – The Most Massive Scientific Fraud In Human History 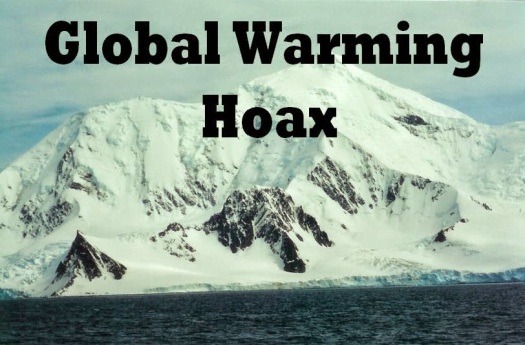 “We’ve got to ride this global warming issue. Even if the theory of global warming is wrong, we will be doing the right thing in terms of economic and environmental policy.“ – Timothy Wirth, President of the UN Foundation

THIS brilliant piece of research and writing by, Leo Goldstein. Defeat Climate Alarmism, represents a truly definitive guide to what is, undoubtedly, the greatest pseudoscientific fraud ever perpetrated upon mankind – the empirically unproven theory of man-made “Global Warming” aka “Climate Change” aka “Climate Disruption”…

A Realist Side of the Climate Debate. CO2 is a product of human breath and is plant food, NOT a pollutant.

CLIMATE alarmism is a gigantic fraud: it only survives by suppressing dissent and by spending tens of billions of dollars of public money every year on pseudo-scientific propaganda. Climate pseudo-science is wrong on physics, biology, meteorology, mathematics, computer sciences, and almost everything else. And even if the “climate science” were perfectly correct, climate alarmism politics would still be a tyranny and betrayal. Alarmists demand that the US and other Western countries unilaterally decrease their carbon dioxide emissions, while allowing unlimited increase to China and all other countries, which already emit more than 70% of carbon dioxide and almost 100% of other infrared-absorbing gases and soot.How could this happen? Carbon dioxide is exhaled by humans with each breath. How could the idea to call it a “pollutant” and to regulate its “emissions” get such traction in our society? How could a mad suicidal cult and its preachers obtain so much power in the academia and media, and become a cornerstone of the Democrats’ political platform, in the 21st century?

Many factors were in play.

Climate alarmism’s Tower of Babel is falling. It is voluntarily supported by the Obama regime from inside, and by the Guardian from outside. The Guardian used to be a respectable newspaper of the British Left, but dropped to the tabloid level and is awaiting indictment for espionage. Other supporters of climatism are in it only for the money, or because they are chained to it as galley slaves to their oars, or because they are too stupid to run away from the falling tower.

Use the Climate Sanity Search to learn more.