← Record-low 2016 Antarctic sea ice was due to a ‘perfect storm’ of tropical, polar conditions – not ‘climate change’
Yet another renewable energy boondoggle →

THE Cost Of Going Green: Taxpayers Hit With A $60Bn Power Bill 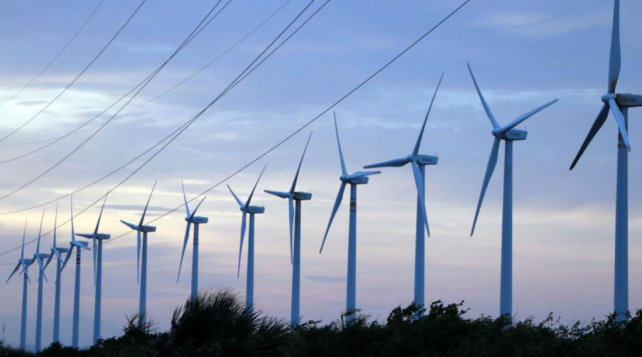 UPDATE on the cost to the taxpayer of politicians crazed obsession with global warming theory and the green faith, leading to the mad push for  unreliable energy.

Taxpayers will have paid more than $60 billion through federal renewable energy subsidies by 2030, about twice what the crumbling car industry received over 15 years and enough to build about 10 large nuclear reactors.

The government’s large and small-scale renewable energy ­targets, which will compel energy retailers to buy 33 terawatt hours of wind, solar and hydro energy by 2030, will deliver about $45bn of subsidies to renewable energy producers over 20 years, according to analysis by The Australian.

The grab bag of direct subsidies from the Australian Renewable Energy Agency and the Clean Energy Finance Corporation — which have spent or lent concessionally, respectively, $870 million in grants since 2010, and $4.3bn since 2013 — are on top of that.

Meanwhile, the proposed clean energy target arising from the government’s Finkel review, would mandate a further 33TWh of ­energy from renewable sources, costing an extra $11.3bn over the 10 years to 2030.

Government MPs yesterday sounded the alarm over the subsidies and called for clarity over government plans for a new coal-fired power station.

The chairman of the Coalition backbench committee for energy, Craig Kelly, described the costs of the subsidies as an “appalling waste” resulting from an “ideological rush to renewables”.

“No one will ever be able to compute the full opportunity cost of the alternate productive assets that this capital could have been invested in,” Mr Kelly said.

“We already have some of the highest electricity prices in the world. And what industry will we still have if we go down this track?”

Victorian Nationals MP Andrew Broad, chairman of the standing committee on the environment and energy, said the RET should be scrapped to allow renewables to compete on merit.

“To spend all that money and still have expensive power prices means the settings are all wrong,” Mr Broad said.

The Productivity Commission found the automotive industry received the equivalent of about $30bn of industry assistance between 1997 and 2012. It estimated up to 40,000 people might lose their jobs following the withdrawal of Toyota, Holden and Ford as carmakers in Australia, including job losses along the supply chain.

The 39 renewable energy projects under construction or being completed this year have created 4400 jobs, according to the Clean Energy Council’s latest figures.

ACIL Allen Consulting chief executive Paul Hyslop yesterday told a parliamentary inquiry that it was more cost-effective to hold off any investment decisions in low-emissions technologies under renewable energy schemes until the “last possible minute”.

“Solar costs have probably fallen 75 to 80 per cent in the last six or seven years,” Mr Hyslop told the energy and environment committee. “If we had not done anything seven years ago and today we then did all those things, we could have … two to three times as much solar (energy generation) in roofs for the same amount of investment over that period.

“If you think that the cost of ­renewables and low-emissions technology is falling rapidly, absolutely put it off for as long as possible.”

Economist Geoffrey Carmody, a founder of Deloitte Access Economics, suggested solving the “trilemma” of low-emissions, reliable and low-cost energy should include nuclear power. The South Australian royal commission into nuclear power put the cost of a large-scale nuclear reactor at $9.3bn.

“If we sweep nuclear energy off the table in favour of renewables, achieving these three conflicting objectives with one instrument — renewable energy — is numerical nonsense,” Mr Carmody said.

Australia is the only G20 country to have banned nuclear power.

Mr Broad suggested yesterday that to provide investment certainty, the government could consider setting a higher emissions intensity threshold of 0.9 tonnes of carbon dioxide per megawatt hour as part of any clean-energy target for some projects — the terms of which could be reviewed after a set period of eight to 10 years.

“I think we’ve got to do something to create certainty in the market,” Mr Broad said.

He said a lower threshold of 0.6 tonnes — the scenario modelled by chief scientist Alan Finkel in his review into the national electricity market — would not cover a new coal-fired power station, although Dr Finkel has said the difference between the two thresholds would “not be substantial”.

The construction of a new 1000MW high-efficiency, low-emissions coal-fired power station has been estimated at $2.2bn according to an analysis compiled by power and energy specialists GHD and Solstice Development Services.

It found such a plant would deliver the cheapest electricity on the market.

Malcolm Turnbull this week opened the door to using finance from a $5bn federal infrastructure fund to help build a coal-fired power station.

Mr Kelly said yesterday a decision on a new plant needed to be made urgently because the 45-year-old Liddell coal-fired power station near Muswellbrook, NSW, was scheduled for closure in 2022 and it would take at least five years to build a new plant. He said it made sense for any new coal-fired power plant to be built in NSW instead of Queensland.

Queensland LNP leader Tim Nicholls is pledging to fast-track a project using the latest high-energy low-emissions technology to be built and run by the private sector.

“We basically need a decision on that by early next year,” Mr Kelly said. “A HELE plant would favourable.”

The cost of going green: taxpayers hit with a $60bn power bill | The Australian

Every sector in our economy is struggling to cope with [electricity] prices that have almost doubled during the past five years … For the past few years many pensioners have sacrificed heat in winter and airconditioning in summer. Now low to middle-income families are frantically trying to reduce their power bills as well.

While all of this is happening, our Prime Minister sits down with the chiefs of the electricity companies to ask them to be nice to their clients and offer them the cheapest possible options. The problem is that in a free-market capitalist economy, private business is supposed to maximise profits for shareholders. I, for one, will not hang by the neck waiting for my friendly electricity retailer to offer me a way of paying them less. Surely Malcolm Turnbull has got something better to do to fill in his diary.

What a colossal waste – and to think that simply building the reactors would have given us more reliable power, too: “Taxpayers will have paid more than $60 billion through federal renewable energy subsidies by 2030, … enough to build about 10 large nuclear reactors.“

Billions and billions more of taxpayers hard-earned money wasted on fake fixes to a fake catastrophe.