LIFE In A Fossil-Fuel-Free Utopia 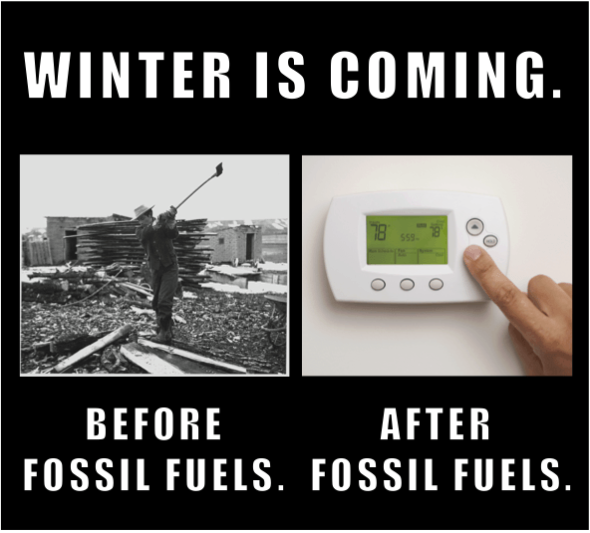 ANOTHER must read Paul Driessen masterpiece.

“Loved reading this, pure common sense and reality. Thank you for posting the truth! These enviro-nutters are dangerous.” (John on August 13, 2017 at 10:08 am)

The ones that get paid..
…and the ones in affluent societies that have the leisure time to think about it

“The belief that Gorebal Warming is an existential threat, requiring urgent action is the product of a dumbed-down education system.

The belief that fossil fuels and nuclear power can be replaced by “renewable energy” is the product of a “participation trophy” society.

The belief that the world can painlessly transition away from fossil fuels is the product of an affluent society.

The drumbeat for a fossil-fuel-free energy utopia continues. But few have pondered how we will supposedly generate 25 billion megawatts of total current global electricity demand using just renewable energy: wind turbines, for instance. For starters, we’re talking about some 830 million gigantic 500-foot-tall turbines – requiring a land area of some 12.5 billion acres. That’s more than twice the size of North America, all the way through Central America.

But where it really gets interesting is what life would actually be like in a totally renewable electricity world. Think back to Colonial Williamsburg – the good old days. The way they really were. Not the make-believe, idyllic version of history they teach in school these days. Read on, to take a journey to the nirvana of the “stabilized climate” future.

Life without oil, natural gas and coal would most likely be nasty, brutish, and short

Al Gore’s new movie, a New York Times article on the final Obama Era “manmade climate disaster” report, and a piece saying wrathful people 12 years from now will hang hundreds of “climate deniers” are a tiny sample of Climate Hysteria and Anti-Trump Resistance rising to a crescendo. If we don’t end our evil fossil-fuel-burning lifestyles and go 100% renewable Right Now, we are doomed, they rail.

Maybe it’s our educational system, our cargo cult’s easy access to food and technology far from farms, mines, and factories, or the end-of-days propaganda constantly pounded into our heads. Whatever the reason, far too many people have a pitiful grasp of reality: natural climate fluctuations throughout Earth history; the intricate, often fragile sources of things we take for granted; and what life would really be like in the utopian fossil-fuel-free future they dream of. Let’s take a short journey into that idyllic realm.

Spacing them at just 15 acres per turbine would require 12.5 billion acres! That’s twice the land area of North America! All those whirling blades would virtually exterminate raptors, other birds, and bats. Rodent and insect populations would soar. Add in transmission lines, solar panels, and biofuel plantations to meet the rest of the world’s energy demands – and the mostly illegal tree cutting for firewood to heat poor families’ homes – and huge swaths of our remaining forest and grassland habitats would disappear.

24/7/365, even during windless, sunless weeks and cold, dry growing seasons. They never will, of course. That means we will have electricity and fuels when nature cooperates, instead of when we need it.

With backup power plants gone, constantly on-and-off electricity will make it impossible to operate assembly lines, use the internet, do an MRI or surgery, enjoy favorite TV shows, or even cook dinner. Refrigerators and freezers would conk out for hours or days at a time. Medicines and foods would spoil.

Petrochemical feed stocks would be gone – so we wouldn’t have paints, plastics, synthetic fibers, or pharmaceuticals, except what can be obtained at great expense from weather-dependent biodiesel. Kiss your cotton-polyester-lycra leggings and yoga pants good-bye.

But of course all that is really not likely to happen. It would actually be far worse.

First of all, there wouldn’t even be any wind turbines or solar panels. Without fossil fuels – or far more nuclear and hydroelectric plants, which rabid environmentalists also despise – we couldn’t mine the needed ores, process and smelt them, build and operate foundries, factories, refineries, or cement kilns, or manufacture and assemble turbines and panels. We couldn’t even make machinery to put in factories.

My grandmother used to tell me, “The only good thing about the good old days is that they’re gone.” Well, they’d be back, as the USA is de-carbonized, de-industrialized, and de-developed.

Ponder America and Europe before coal fueled the modern industrial age. Recall what we were able to do

back then, what lives were like, how long people lived. Visit Colonial Williamsburg and Claude Moore Colonial Farm in Virginia, or similar places in your state. Explore rural Africa and India.

Imagine living that way, every day: pulling water from wells, working the fields with your hoe and ox-pulled plow, spinning cotton thread and weaving on looms, relying on whatever metal tools your local blacksmith shop can produce. When the sun goes down, your lives will largely shut down.

Think back to amazing construction projects of ancient Egypt, Greece, or Rome – or even 18th century London, Paris, or New York. Ponder how they were built, how many people it took, how they obtained and moved the raw materials. Imagine being part of those wondrous enterprises, from sunup to sundown.

The good news is that there will be millions of new jobs. The bad news is that they’d involve mostly backbreaking labor with picks and shovels, for a buck an hour. Low-skill, low-productivity jobs just don’t pay all that well. Maybe to create even more jobs, the government will issue spoons, instead of shovels.

That will be your life, not reading, watching TV and YouTube, or playing video games. Heck, there won’t even be any televisions or cell phones. Drugs and alcohol will be much harder to come by, too. (No more opioid crisis.) Water wheels and wind mills will be back in fashion. All-natural power, not all the time.

There’ll be no paved streets – unless armies of low-skill workers pound rocks into gravel, mine and grind limestone, shale, bauxite, and sand for cement, and make charcoal for lime kilns. Homes will revert to what can be built with preindustrial technologies, with no central heat and definitely no AC.

Ah, but you folks promoting the idyllic renewable energy future will still be the ruling elites. You’ll get to live better than the rest of us, enjoy lives of reading and leisure, telling us commoners how we must live. Don’t bet on it. Don’t even bet on having the stamina to read after a long day with your shovel or spoon.

As society and especially big urban areas collapse into chaos, it will be survival of the fittest. And that group likely won’t include too many Handgun Control and Gun Free Zone devotees.

But at least your climate will be stable and serene – or so you suppose. You won’t have any more extreme weather events. Sea levels will stay right where they are today: 400 feet higher than when a warming planet melted the last mile-thick glaciers that covered half the Northern Hemisphere 12,000 years ago.

At least it will be stable and serene until those solar, cosmic ray, ocean currents, and other pesky, powerful natural forces decide to mess around with Planet Earth again.

Of course, many countries won’t be as stupid as the self-righteous utopian nations. They will still use fossil fuels, plus nuclear and hydroelectric, and watch while you roll backward toward the “good old days.” Those that don’t swoop in to conquer and plunder may even send us food, clothing, and monetary aid (most of which will end up with ruling elites and their families, friends, cronies, and private armies).

So how about this as a better option?

Stop obsessing over “dangerous manmade climate change.” Focus on what really threatens our planet and

its people: North Korea, Iran, Islamist terrorism – and rampant poverty, disease, malnutrition, and early death among the billions who still do not have access to electricity and the living standards it brings.

Worry less about manmade climate cataclysms – and more about cataclysms caused by policies promoted in the name of controlling Earth’s climate, when they really end up controlling our lives.

Don’t force-feed us with today’s substandard, subsidized, pseudo-sustainable, pseudo-renewable energy systems. When better, more efficient, more practical energy technologies are developed, they will replace fossil fuels. Until then, we would be crazy to go down the primrose path to renewable energy utopia.

3 Comments on “LIFE In A Fossil-Fuel-Free Utopia”