← Claim: Unwanted children the “fundamental cause of climate change”
Study: Earth is becoming GREENER, not BROWNER due to climate change →

IN thirty years time, windmills and solar panels will stand as rusting icons of the folly of deep-green madness during an era of climate change insanity. 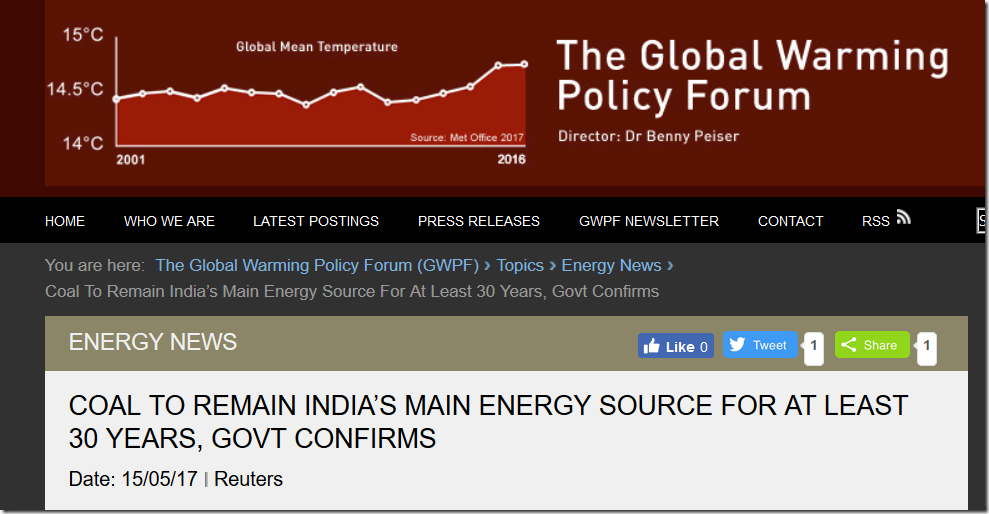 Coal will remain India’s main energy source for the next three decades although its share will gradually fall as the country pushes renewable power generation, according to a government report seen by Reuters.

The country is the world’s third-largest coal producer and the third-biggest greenhouse gas emitter. It depends on coal for about three-fifths of its energy needs and aims to double its output to 1.5 billion tonnes by 2020.

“India would like to use its abundant coal reserves as it provides a cheap source of energy and ensures energy security as well,” the report said.

According to the Reuters report, the country is the world’s third-largest coal producer and the third-biggest greenhouse gas…