← Elon’ll Fix It!
Another taxpayer-funded energy company files for bankruptcy →

What a beautiful thing when you can steal money from the poor for “climate” matters, and the worst you can ever be accused of is having an excesss of virtue. 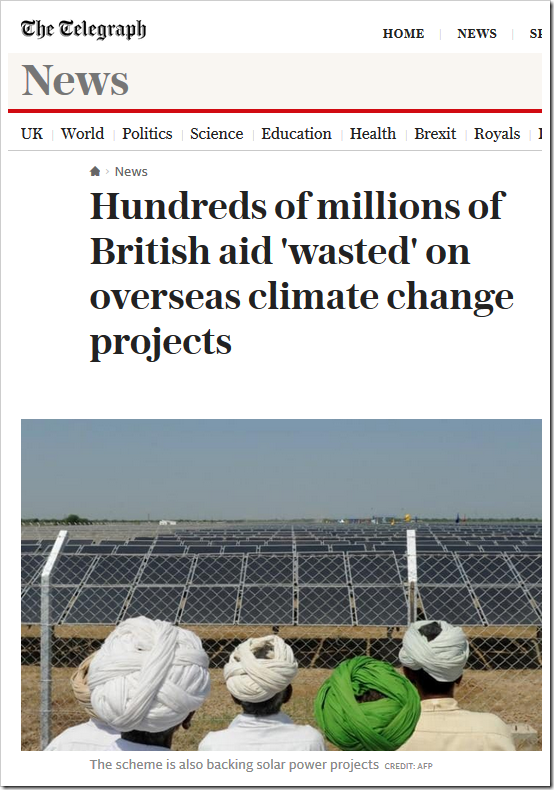 Serious questions are raised today over hundreds of millions of pounds of British taxpayers’ money being ‘wasted’ on climate change projects such as an Ethiopian wind farm and Kenyan solar power plant.

A Telegraph investigation shows little benefit so far from a £2 billion foreign aid programme to tackle climate change that was established eight years ago.

One scheme, costing £260m of UK taxpayers’ money, has produced only enough renewable electricity to power the equivalent of just 100 British households – about the size of a typical street.