EXCELLENT READ by Jennifer Hewett out of the Australian Financial Review: 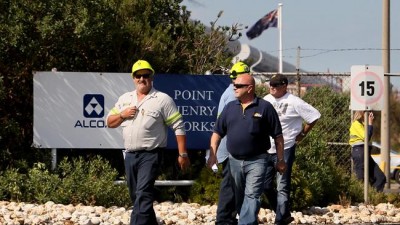 In the, ‘it seemed like a good idea at the time’ category, Australia’s Renewable Energy Target has turned toxic.

Costly and pointless at the same time, the massive subsidies directed to wind and solar power have not only destroyed once affordable and reliable power supplies, they are inevitably destroying not just otherwise viable businesses, but whole industries.

Malcolm Turnbull consistently proves himself to be a man of perfectly studied inaction. Incapable of recognising the economic damage being meted out by Australia’s Large-Scale RET, his Coalition government is drifting to defeat. Meanwhile, Australian businesses and households are drifting to despair.

The first piece from the Australian Financial Review appeared a couple of weeks ago and gives a pretty fair wrap up of the politics and policies that threaten to wreck Australia’s economic fortunes forever.

Lights are going out on…

However, it appears its evil byproducts – modelled heat and CO2 – are in fact increasing, not decreasing wheat crop yields in Australia…

And their prediction was spot on:

What planet do the CSIRO climate-obsessed, doomsday scenario “scientists” live on?

According to the Australian CSIRO, “The lines will cross” in 20 years, heralding the end of biotechnology’s ability to improve wheat yields.

Australia’s wheat productivity has flatlined as a direct result of climate change, according to CSIRO research.

While Australian wheat yields tripled between 1900 and 1990, growth stagnated over the following 25 years.

Zvi Hochman, a senior research scientist with CSIRO Agriculture and Food said the team considered whether other factors could have shared the blame, such as investment in research and development (R&D), changing patterns of land use, and soil fertility.

But those could all be ruled out: investment in grains R&D…