Good post Ron in exposing/explaining the overblown “97%” meme.
More importantly, IMHO, “global warming” aka “climate change” is fundamentally about temperature change.
So, it is important to realise that the temperatures 100% of public and scientists receive are distributed and all-too-often ‘marketed’ by literally a handful of “scientists”. Predominantly AGW ‘activist’ scientists from a handful of gov directors acting as the gatekeepers of global temperature : NASA (Schmidt), NOAA (fmr Tom Karl) NCDC (T.Peterson), BoM, CSIRO, MetUK (Julia Slingo).
So, a literal handful of activists control the 97% belief system and “Climate Crisis Inc.” simply with their ‘pens, phones and…ideology’.

Richard Muller, head of the Berkeley Earth project, makes a fair and balanced response to a question regarding the “97% consensus.”  Are any of the US Senators listening?  Full text below from Forbes 97%: An Inconvenient Truth About The Oft-Cited Polling Of Climate Scientists including a reference to Will Happer, potentially Trump’s science advisor.

Read it and see that he sounds a lot like Richard Lindzen.

What are some widely cited studies in the news that are false?

Answer by Richard Muller, Professor of Physics at UC Berkeley, on Quora:

That 97% of all climate scientists accept that climate change is real, large, and a threat to the future of humanity. That 97% basically concur with the vast majority of claims made by Vice President Al Gore in his Nobel Peace Prize winning film, An Inconvenient Truth.

The question asked in typical surveys is neither of those. It is this:… 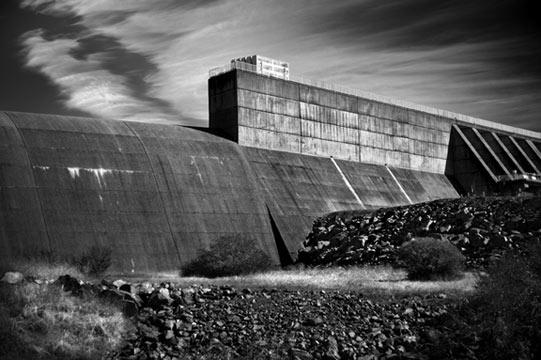 As the saying goes, when it rains, it pours.

Over the last week, Murphy’s Law has been on overdrive in Northern California as Oroville dam suffered a series of mishaps, resulting from poor planning, lack of maintenance, and lack of heeding warnings years ago on the part of the state bureaucracy known as the California Department of Water Resources. The result was a badly broken regular spillway, a damaged “emergency spillway” (if you could even call it that, since they had to do emergency prep for two days to even make it usable) and finally, a several county evacuation downstream of about 180,000 people because DWR officials feared the “emergency spillway” would breach.

Given the attention paid to this worldwide, in technical parlance, it would be safe to say the…

Study: Advancing glaciers in New Zealand are a sign of ‘regional cooling’

The “missing (CO2) hot spot” and/or “the blob” sparing New Zealand’s atmosphere and glaciers to cool and to grow, unimpeded? Most inconvenient news within the scheme of the “global warming crisis”.

Franz Josef glacier, which grew almost continuously in the 25 years to 2008

This article in Nature Communications caught my eye!

This is a beauty. This week, Nature Communications published an explanation as to why (at least) 58 New Zealand glaciers grew in the twenty-five years to 2008.

The aberrant behaviour by these naughty glaciers was perfectly explicable though – it was caused by “regional cooling”.

Researchers from NZ’s National Institute of Water and Atmospheric Research and Victoria University prepared, yes, a model of the Southern Alps. And yes, they found that in their model, lower air and adjacent ocean temperatures (during those 25 years) were correlated with the growing glaciers.

But where is the support for this claim ?

“While this sequence of climate variability and its effect on New Zealand glaciers is unusual on a global scale, it remains consistent…