← “We are screwing ourselves”
Roy Spencer On Satellite v Surface Data → 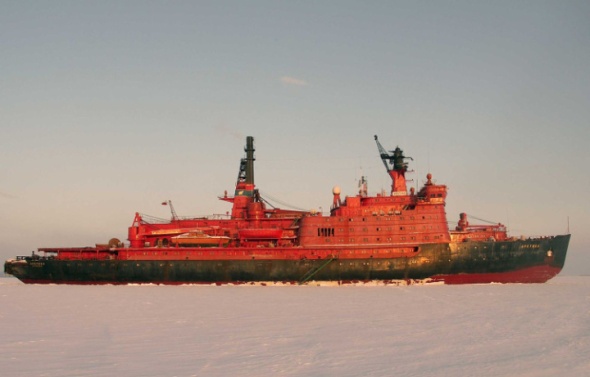 h/t 1saveenergy – Two Russian icebreakers have become stuck in metre thick ice fields, on their return from a journey to escort supplies to Russia’s northernmost port.

By The Siberian Times reporter 17 January 2017

Vessels could be marooned ‘for a week’ in East Siberian Sea after getting caught in thick ice.

It was the first such crossing since Soviet times, and the ships delivered supplies for the supplies for the world’s first floating heat and power plant to be assembled in Chukotka after a journey lasting from 14…

2 Comments on “Russian Icebreakers Stuck in the Arctic Global Warming”