Smart Poland for not falling for the eco-extremism, fear and alarmism that is driving the supposed climate change “crisis” and the subsequent trillion dollar industry associated with it.

Smart Poland for not pandering to extremist groups, activist scientists, green-washing corporations and self-serving political elites like the UN and its bureaucratic bohemith.

Smart Poland for looking out for its people and workers’ welfare, employing the wonders of cheap, reliable, dispatchable coal-fired power, keeping energy costs down, thus ensuring jobs and wealth remain at home, not shipped off to China or abroad.

Smart Poland for identifying inefficient, intermittent, costly, weather dependant, unwanted and unsightly industrial wind turbines as nothing more than monuments to the folly of mankind’s collective eco-insanity. Or as James Delingpole so aptly describes them, “bat-chomping, bird-slicing, eco-crucifixes.” 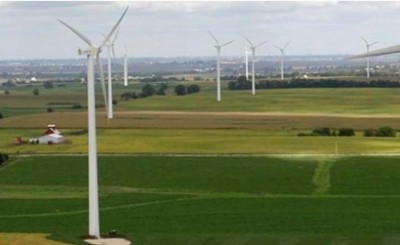 Over-run by these things, faced with thousand of furious neighbours demanding an end to the onslaught, and spiralling power costs, Poland has mounted an enormous about face: where wind power was the flavour of the month for a year or two, it’s been hit with an outright ban.

Worse still for Polish wind-worshippers, their government, faced with an erratic power supply and rising prices, has decided to serve up a double helping of coal to keep the lights on.

Poland, a country where hard coal and lignite power plants currently generate about 85% of the power, has passed a law that stymies a wind power expansion and is now mulling draft legislation that will help boost investments in new coal capacity.