“Sooner or later everyone sits down to a banquet of consequences.” – Robert Louis Stevenson

South Australia’s power crisis was a “wake-up call” for other states on the impact on consumers of subsidised renewable energy, particularly wind power, a Liberal senator has warned. 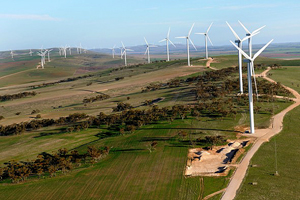 Chris Back called for a morat­orium on new wind farms, and no more subsidies for wind energy generators until the Productivity Commission conducted a cost-­benefit analysis of the effect the industry was having on the ­National Electricity Market and retail electricity costs.

“There should be no further subsidies paid for an intermittent and unreliable power source that can be seen as a proven failure…,” Senator Back said.

[W]holesale electricity prices spiked from an average of $100 per megawatt hour to almost $14,000/MWh on July 7, and…

Welcome to the regressive world of ‘Climate Crisis Inc.’!

We are just now entering the age of industrialization, newly elected President Rodrigo Duterte said recently, explaining why the Philippines will not ratify the Paris climate accords. “Now that we’re developing, you will impose a limit? That’s absurd. It’s being imposed upon us by the industrialized countries. They think they can dictate our destiny.”

More developing nations are taking the same stance – and rightly so. They increasingly understand that fossil fuels are needed to modernize, industrialize, electrify, and decrease poverty, malnutrition and disease. Many supported the 2015 Paris climate treaty for three reasons.

They are not required to reduce their oil, natural gas and coal use, economic development and greenhouse gas emissions, because doing so would prevent them from improving their people’s living standards.

They want the free technology transfers and trillions…