Josh writes: Where does one start with a topic like “The Hottest Year Evah”? Probably with a climate expert – happily we have one right here (as well as here, of course).

Wind Turbines are supposed to save CO2

And to think for every industrial wind turbine that is erected, a fossil fuel powered backup station needs to be built to provide reliable 24/7 baseload power when the wind don’t blow!

What an insane and devastating joke the entire ‘green’ energy revolution has become.

We will look back at this age of collective eco-insanity and wonder what on earth were we (they) thinking.

The energy required for a helicopter to de-ice all the blades on a wind farm must outweigh any supposed saving in CO² by a factor of 100 or more. Notwithstanding that no wind farm has saved a gram of CO² due to construction and the necessary spinning reserve.

The entire rational for wind turbines is to stop global warming by reducing the amount of Co2 being returned to the atmosphere from the burning of fossil fuels.

In the attached picture, recently taken in Sweden, freezing cold weather has caused the rotor blades of a wind turbine to ice up bringing the blades to a complete stop.

Another good example of how the Liberal Left are destroying western values, this time through division or segregation, bought about by their PC agenda.

Segregation – the very problem Martin Luther King fought against, actually being practiced by the PC Left, led from the front by none other than Barack Hussein Obama.

“Political correctness is the language of those who are terrified about what would happen if they stopped lying.” Pieree Manent.

The Obama administration has been threatening school districts with lawsuits and federal-funding cuts wherever it finds “racial disparities” in who gets suspended or expelled. 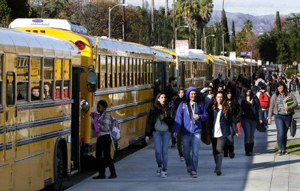 But racism isn’t to blame. Black students misbehave more often. Tragically, school administrators are so fearful of saying it that they’re being intimidated into ceding control of classrooms to violent, disruptive students.

That’s the story in New York City, where serious crimes in schools are soaring. Forcible sex offenses are up 90 percent year over year, according to state statistics. Assaults with weapons causing serious injuries are up 69 percent.

Though the nature of his vile comments proves how effective and dangerous Bob Carter was (and still will be) to their scam, so thinly built on hot air, lies, manipulation, grants, propaganda, fear and alarmism.

If one needed a better example of the scum that represent climate “science” these days, you would not have to look much past William Connolley, who had this to say about the sad death of Bob Carter:

Actually A new scientific truth does not triumph by convincing its opponents and making them see the light, but rather because its opponents eventually die, and a new generation grows up that is familiar with it, but I’m allowed to paraphrase in titles. And anyway he said it in German, naturally. Today brings us news of another such advancement in science, with the reported death of Robert Carter.

As far as I can recall, he was a minor figure in the Great Climate Wars; at least, I don’t seem to have been very interested in him. He gets those usual suspects Robert M. Carter, C. R. de…