“Much that passes as idealism is disguised hatred or disguised love of power.” 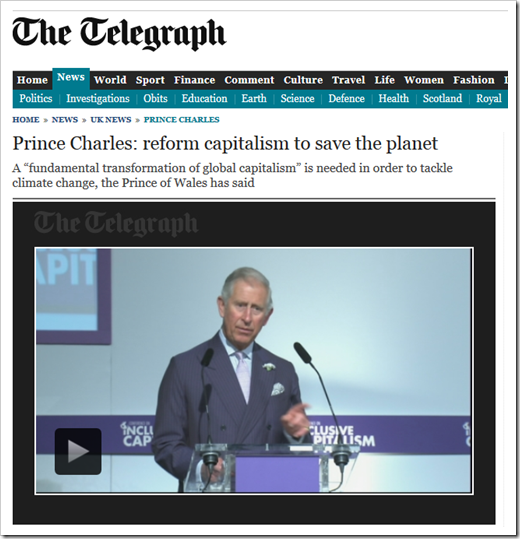 It seems the inbred, soon to be our next King, has been making a fool of himself again. Speaking at the “Inclusive Capitalism Conference” (whatever that is) in London, he has called for “an end to capitalism as we know it in order to save the planet from global warming.”

Prince Charles has called for an end to capitalism as we know it in order to save the planet from global warming.

In a speech to business leaders in London, the Prince said that a “fundamental transformation of global capitalism” was necessary in order to halt “dangerously accelerating climate change” that would “bring us to our own destruction”.

He called for companies to focus on “approaches that achieve lasting and meaningful returns” by protecting the environment, improving their employment practices and helping the vulnerable to develop a new “inclusive capitalism”.