Alarmist claims of the “hottest year ever” do nothing to advance science, rather, serve as a marketing tool and propaganda to push the ‘global warming’ agenda, an agenda that’s been in hiatus for the past 18 years! (Hence the name-change from ‘global warming’ to ‘climate change’)

While government science and media begin the ramp-up to claim 2014 as the “hottest year ever” China’s Sea’s biggest bivalve shows that the Middle Ages were warmer than today, when Carbon Dioxide was lower. 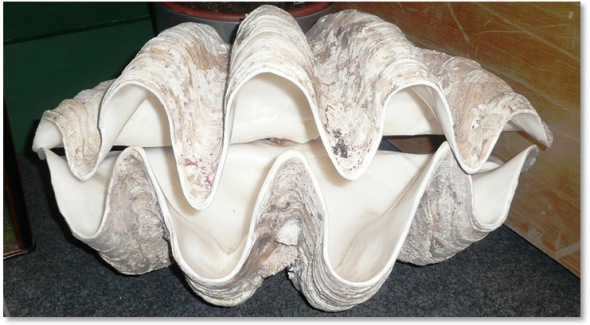 From the Chinese Academy of Sciences:

Two recent papers, one is in Earth-Science Reviews and the other is in Chinese Science Bulletin, have studied key chemical contents in micro-drilled giant clams shells and coral samples to demonstrate that in the South China Sea the warm period of the Middle Ages was warmer than the present.

The scientists examined surveys of the ratio of strontium to calcium content and heavy oxygen isotopes, both are sensitive recorders of sea surface temperatures past and present. The aragonite bicarbonate of the Tridacna gigas clam-shell is so fine-grained that daily growth-lines are exposed by micro-drilling with an exceptionally fine drill-bit, allowing an exceptionally detailed time-series of sea-temperature changes…