← Oh the pain! #Kochmachine is in many American universities, including Penn State
But The Ice Is Getting Thicker, Mr Shukman! →

Check out the top three stories on CNN’s web site 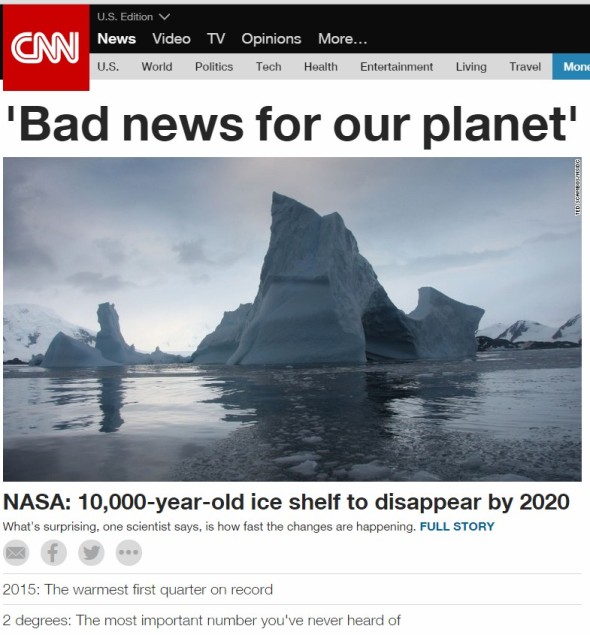 A team led by Ala Khazendar of NASA’s Jet Propulsion Laboratory in Pasadena, California, found evidence of the ice shelf flowing faster and becoming more fragmented. The flow is creating large cracks in the ice shelf.

“These are warning signs that the remnant is disintegrating,” Khazendar said in a NASA press release. “Although it’s fascinating scientifically to have a front-row seat to watch the ice shelf becoming unstable and breaking up, it’s bad news for our planet.”

The collapse of the Larsen B Ice Shelf seems to have been caused by a series of warm summers on the Antarctic Peninsula, which happen during what in the Northern Hemisphere are winter months. Those trends built up to a particularly warm summer in 2002, according to NASA.

The breakup of Larsen B…