No more onshore wind farm subsidies in the UK

Hundred’s of billions of dollars and thousands of birds, bats and trees later, sanity prevails …

A dying breed?
A drastic energy policy change by the new UK government as GWPF reports:

Amber Rudd revealed she had “put a rocket” under her officials to “put the local community back in charge” of their own neighbourhoods.

Oh the pain! #Kochmachine is in many American universities, including Penn State

While Dr. Michael Mann tries to paint being funded by the Koch Corporation as being equivalent to pure evil in his attempts to smear people like myself… 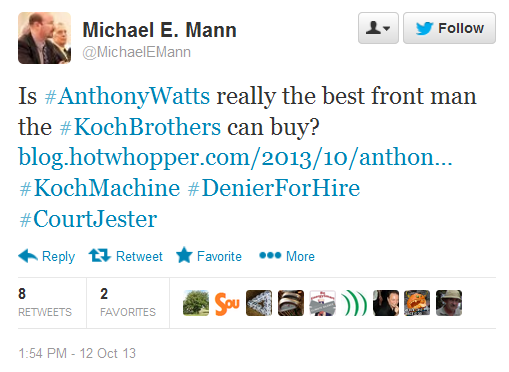 …it is enlightening to learn that his current employer, Penn State, gets funds from Koch, and so does where Dr. Mann did his thesis from, the University of Virginia. Those darn facts, they are stubborn things. See the list that follows.

Check out the top three stories on CNN’s web site

A team led by Ala Khazendar of NASA’s Jet Propulsion Laboratory in Pasadena, California, found evidence of the ice shelf flowing faster and becoming more fragmented. The flow is creating large cracks in the ice shelf.

“These are warning signs that the remnant is disintegrating,” Khazendar said in a NASA press release. “Although it’s fascinating scientifically to have a front-row seat to watch the ice shelf becoming unstable and breaking up, it’s bad news for our planet.”

The collapse of the Larsen B Ice Shelf seems to have been caused by a series of warm summers on the Antarctic Peninsula, which happen during what in the Northern Hemisphere are winter months. Those trends built up to a particularly warm summer in 2002, according to NASA.

The breakup of Larsen B…

But The Ice Is Getting Thicker, Mr Shukman!

‘Villains who twirl the moustaches are easy to spot. Those who clothe themselves in good deeds are well camouflaged.’ 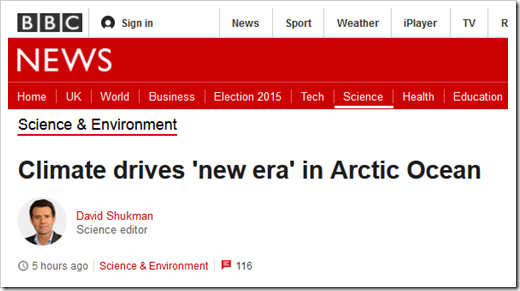 The expedition ship has been escorted into the ice pack by an icebreaker, the KV Svalbard, which will no doubt help to break up the ice a little bit more!

Changes in the Arctic Ocean are so profound that the region is entering what amounts to “a new era”, according to Norwegian scientists.

A switch from a permanent cover of thick ice to a new state where thinner ice vanishes in the summer will have far-reaching implications, they say.

The Norwegian Polar Institute has been mounting an expedition to the Arctic Ocean during the year’s coldest months.

Scientists have to brave extreme temperatures…

Dumb And Dumberer In Texas

Classic example of why I’m a “climate science sceptic” ~ Bald-faced climate lies from ‘experts’ like Katherine Hayhoe to push an ideological and/or political agenda.
Disgraceful corruption of science, yet this is the stuff lectured and printed by our ‘expert’ scientists. So wrong.

“If you tell a lie big enough and keep repeating it, people will eventually come to believe it.” Goebbels

“Climate is changing faster than it has in the history of Western civilization,” (Hayhoe) said.

environmental activists and reporters began to ask whether “drought”—a temporary weather pattern—was really the right term for what was happening in the state, or whether “desertification” was more appropriate. “We’re on our fourth year of drought,” Katharine Hayhoe, director of the climate science center at Texas Tech University in Lubbock, told the industry magazine Meatingplace. “In order to replenish depleted reservoirs and soil moisture, we don’t need just a normal year or just a single rainfall. We need an unusually wet year to get back to normal conditions.” But the early months of 2015 have seen less than 1.4 inches of total precipitation—not even a third of what is considered normal rainfall, much less enough to replenish surface water and groundwater…