State Of The Climate Scam Report

Many thanks to those who have helped restore Mother Earth to her former glory. Without these people, their orgs and their tireless taxpayer funded dollars, we would still have climate and weather.

Oh and thanks to those who funded those above who brought us back from the tipping point of climate thermageddon:

Gaia is simply not cooperating with the global warming scam.

Arctic sea ice is in the normal range.

Arctic sea ice is the thickest it has been since 2006

The claimed melt areas of Antarctica (Larsen, WAIS) have excess sea  ice, indicating the water and air is persistently colder than normal and near or below the freezing point.

US tornadoes have been occurring at record low levels in recent years. US hurricane activity is the lowest on record. Before data tampering, the US is experiencing a century long cooling trend. The US…

Another *must read* Paul Driessen…

The Obama Administration is using climate change to “fundamentally transform” America. It plans to make the climate crisis industry so enormous that no one will be able to dismantle it, even as computer models and disaster claims totally lose credibility — and even if Republicans control Congress and the White House after 2016.

Numerous regulators, researchers, universities, businesses, manufacturers, pressure groups, journalists, and politicians now have such strong monetary, reputational, and authority interests in climate alarmism that they will defend its tenets and largesse tooth and nail.

They are pursuing this agenda even though global warming is dead-last in the latest Gallup poll of 15 issues: Only 25% of Americans worry about it “a great deal,” while 24% are “not at all” worried. By comparison, 46% are deeply concerned about the size and…

A peer-reviewed study worth a look at regarding the harm that limiting the poor access to fossil fuels actually causes:

“Lack of access to fossil fuels causing millions of premature deaths amongst the poorest of the planet”
http://hockeyschtick.blogspot.com.au/2013/05/lack-of-access-to-fossil-fuels-causing.html?m=1

On the same topic ~ a post from last year on the dangers of the UN’s war on fossil fuels:

Look closely at this graphic showing access to electrical power in Countries and Continents around the World. Access to reliable and constant electrical supply is something which we here in the already Developed World take so utterly for granted, something the people in those Countries do not have, and while you see some numbers here which may seem relatively small, the access to reliable, constant electrical power that others living in those Countries have is nothing compared to the scale that we have that access to…..TonyfromOz.

Hat TipWatts Up With That 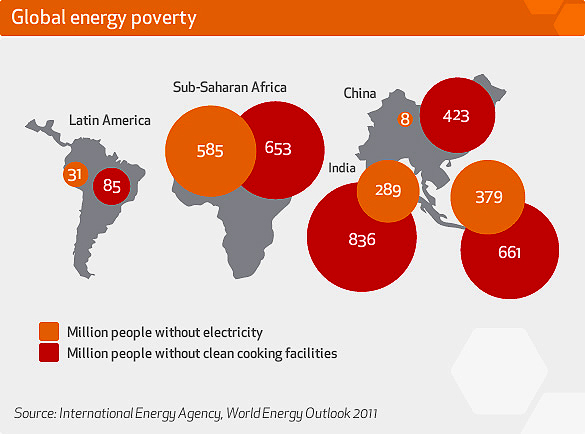 First, pardon the overwrought subject heading, but I would like as many people as possible to see this five minute video that I just finished.  It focuses on the unintended consequences of Climate Change marchers demanding an end to fossil fuels.
It’s obviously shot…

Warmists Who Denied The Pause Now Claim To Explain It

Warmists who denied the pause now claim to explain it

I guess just the acknowledgement is progress, but I do think Matthew England at least owes an apology.


NICK MINCHIN: …Basically we’ve had a plateauing of temperature rise. I mean we are in a warming phase. The world is either warming or cooling. It never stops doing nothing. It’s either warming or cooling. We’ve had a warming phase since the end of the little ice age, 150 years ago. In terms of global average temperature it peaked 1998 and it is effectively stable now, despite the increase in CO2. So there is a major problem with the warmist argument because we have had rising CO2 but we haven’t had the commensurate rise in temperature that the IPCC predicted.

MATTHEW ENGLAND: What Nick just said is actually not true. The IPCC projections of 1990 have borne out very accurately…

… we’re halfway through this projected period. And the warming to date is consistent with that [IPCC] projection.


The near two-decade long “pause” in rising average global surface temperatures was a “distraction” that did not change long-term model predictions of a much ­hotter world this century, according to new research.

Research leader Matthew ­England said …  “It is simply due to decadal variability. Greenhouse gases will eventually overwhelm this natural fluctuation,” he said…

“Our research shows that while there may be short-term fluctuations … long-term warming of the planet is an inevitable consequence of ­increasing greenhouse gas concentrations,” he said.

“This much-hyped global warming slowdown is just a distraction to the task at hand”.

Maybe, maybe not. But this concession is interesting:

The paper also suggests that decadal climate oscillations were not pushing heat into the deep oceans, another explanation for the “missing heat” and absence of surface warming.

Also published now in Nature Climate Change, another paper trying to explain the pause that England once denied:

Despite a steady increase in atmospheric greenhouse gases (GHGs), global-mean surface temperature (T) has shown no discernible warming since about 2000, in sharp contrast to model simulations, which on average project strong warming.

…On the plus side, at least he acknowledges the existence of “the pause” now, but says it’s irrelevant. Whatever.

The Straw That Broke The Camel’s Back

Sea level has risen 120,000 mm in Florida since the last ice age, but Barack Obama believes the last 100 mm have somehow wrecked the Everglades.

The man is a true genius 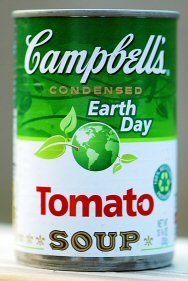 This product failed too.

Via iHateTheMedia, here are a few of the predictions made on the first Earth Day. Don’t these sound like the predictions today that fail, like the 50 million climate refugees by 2010 followed by the moving of the goalposts to 2020?

“We have about five more years at the outside to do something.”
• Kenneth Watt, ecologist

“Civilization will end within 15 or 30 years unless immediate action is taken against problems facing mankind.”
• George Wald, Harvard Biologist

“Population will inevitably and completely outstrip whatever small increases in food supplies we make. The death rate will increase until at least 100-200 million people per year will be starving to death during the next ten years.”
• Paul Ehrlich, Stanford University biologist

President Obama To Save The Everglades From Global Warming

President Obama believes that his recent agreement to let China double their CO2 emissions over the next 15 years, will save the Everglades from global warming.

“But what I was talking about a decade ago and what continues to be absolutely true today is that south-eastern Australia overall is losing rainfall, it’s starting to dry out, there’s a drying trend which is strongly tied to the influence of greenhouse gases….”

If he cared to look at the BoM rainfall stats, there is certainly no “drying trend”.

Also worth noting: Southern Australia annual rainfall is trending up. As is the entire Eastern Australia region.

Will the ABC “Fact Check” unit pick up this most basic of factual errors? 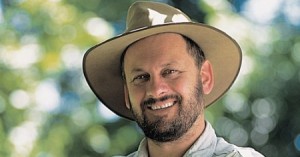 He hypes the NSW floods and other disasters as evidence of a global warming that in fact halted 17 years ago. He makes links to extreme weather that even the Intergovernmental Panel on Climate Change won’t. He fails to hold Tim Flannery to account for his false prediction that “even the rain that falls isn’t actually going to fill our dams and our river systems”. He lets Flannery mischaracterise his prediction in a deceptive way. He fails to hold Flannery to account for his scaremongering that Sydney was about to run out of water. He lets Flannery, a mammologist, attack the qualifications of political scientist and expert in environmental statistics Bjorn Lomborg for questioning the cost-benefit…

Fast forward to NSW 2015, where Sydney’s water catchments today are 83.6 per cent full, and rising fast.

US Hurricanes Have Plummeted As CO2 Has Risen

President Obama says that rising CO2 causes more hurricanes, when in fact the data shows the exact opposite of what he says.

$29 billion of peer-reviewed science appears to be incapable of spending five minutes doing simple analysis with a spreadsheet.