“Mikey and Katie both came across as actually believing their own BS. I think they are both deluded, rather than dishonest.”

They *have* to believe their own BS. Anything slightly less means their precious careers, reputations and stake in the $29 Billion Global-non-Warming industry is severely compromised. If not completely wrecked.

Thus the merchants of smear, and their fellow Global-non-Warming alarmist minions will never ever relent…or at the very least, be guided by the ‘scientific’ method.

I always sit in the front row at movie theaters. Been doing that since my days designing and installing theater sound systems circa 1984. Tonight I was rewarded by getting to sit next to the greatness of Mikey and Katie. 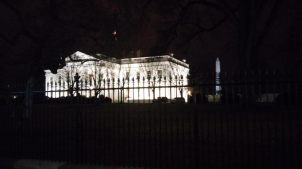 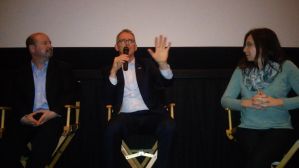 The guy in the middle is a Republican Congressman from South Carolina named Bob Ingliss, who turned to the dark side after his son watched Al Gore’s sci-fi flick and told his dad that he would only vote for him if he saved the planet. (True story)

I thought that was the arrival of a spring.

I asked Mikey why they don’t just make a Democratic state like Vermont or Rhode Island 100% wind and solar, and prove that it can be done. He said that they are already doing that in California and maybe…