Scientists Trapped In Record Sea Ice Announce That It Is Disappearing 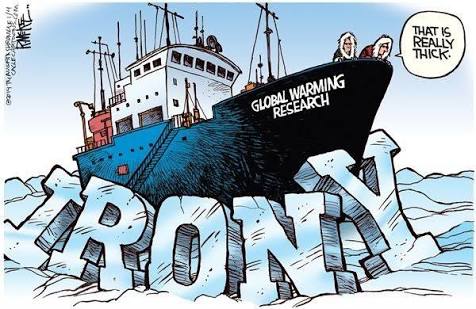 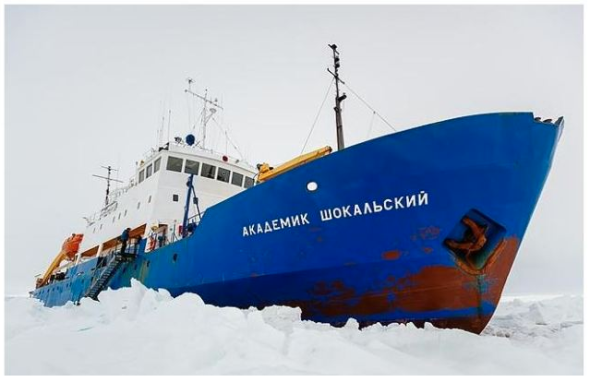 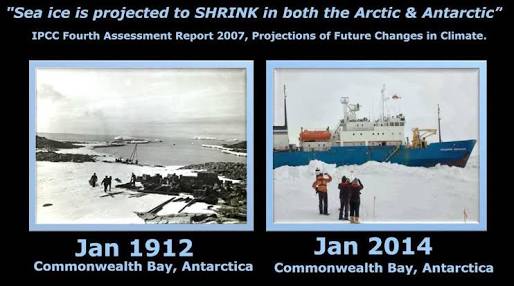 Warmist scientists and reporters waiting for rescue after trying the same trick a century later.

Douglas Mawson was not worried about global warming even though his team landed on Antarctica on January 8, 1912, in fine weather:


The sun shone gloriously in a blue sky as we stepped ashore on a charming ice-quay– the first to set foot on the Antarctic continent between Cape Adare and Gaussberg, a distance of one thousand eight hundred miles…

In landing cargo on Antarctic shores, advantage is generally taken of the floe-ice on to which the materials can be unloaded and at once sledged away to their destination. Here, on the other hand, there was open water, too shallow for the `Aurora’ to be moored alongside the ice-foot….

The day had been perfect, vibrant with summer and life, but towards evening a chill breeze sprang up, and we in the motor-launch had to beat against it. By the time we had reached the head of the harbour, Hoadley had several fingers frost-bitten and all were feeling the cold, for we were wearing light garments in anticipation of fine weather.

A century later, global warming believers decide to retrace Mawson’s trip in the conviction the climate has got a lot warmer since, thanks to man. They are are accompanied by a journalist of the warmist Guardian who earlier this month reported:

This Sunday, scientists will begin a month-long expedition to retrace Mawson’s journey and examine how the eastern Antarctic, one of the most pristine, remote and untouched parts of the world’s surface, has fared after a hundred years of climate changes. “They collected a wealth of scientific data on this entirely new continent,” says Prof Chris Turney, a climate scientist at the University of New South Wales, Australia, and leader of the Australasian Antarctic Expedition 2013. “As a result, it provides this incredibly good baseline – we’re going to repeat the measurements and see how much has changed over the last century…

“We’re heading towards east Antarctica in an area that’s traditionally been thought of as very stable – you can do almost anything to it, environmentally and climatically, and it will just sit there. But in the last few years we’re realising that that’s clearly not the case. Parts of it are very vulnerable…”

The strange thing about this right from the start was how in denial Turney’s team was about evidence suggesting there was, if anything, long-term cooling of Antarctic – and certainly increasing sea ice around the continent:

First difference. Where Mawson found a bay with clear water, Turney found a bay choked with ice, forcing his ship to stop some 70 km short of where Mawson landed:

We had reached Commonwealth Bay in East Antarctica. To be precise, our ship, the MV Akademik Shokalskiy, was at the edge of an ice sheet that has been stuck fast to the entrance of the bay ever since a giant 75-mile-long iceberg, called B09B, grounded itself in the bay four years ago.

Second difference. Turney’s ship is now stuck fast in the ice – an irony so obvious that the Guardian journalist on board avoids the phrase “climate change” in describing the expedition in his latest report:

Life has taken a turn for the worse since Christmas Day, when gusts of up to 70mph slammed into the hull of the MV Akademik Shokalskiy and snow circled its decks, making it impossible to stand up straight outside.

Since then we have been stuck in pack ice. The Chinese icebreaker Xue Long has given up its attempt to rescue us as ice sheets continue to spread and thicken. Now Xue Long is waiting for the Australian icebreaker Aurora Australis to join it in a joint bid to free our ship…

We were only two nautical miles from the ocean before Christmas, but that distance has now swelled to around 20 nautical miles as the blizzards and winds have continued. If the joint efforts of the Aurora Australis and Xue Long don’t work, the only other option will be to evacuate the ship by air, though this would be the absolute worst case scenario.

I am with the Australasian Antarctic Expedition, led by climate scientist Chris Turney of the University of New South Wales. We are following a century-old expedition led by the British-Australian Antarctic explorer Douglas Mawson, who landed in Commonwealth Bay in January 1912. We – a group of scientists and paying members of the public acting as science assistants – plan to repeat many of Mawson’s scientific measurements in order to understand how this pristine landscape has changed over the past 100 years.

Here’s how it’s changed, boys. There is more ice.

I wonder what their carbon footprint will be if they are all lifted off by helicopter. Quite high I presume, if we use their own typically exaggerated measurements. With that in mind it seems only reasonable to hold them accountable with their own standards and leave them there. That way they could also accurately recreate Mawson’s voyage by sitting there for a year and waiting for the ice to melt.

I predict a Lord of the Flies type scenario unfolding.

NOTE: The Aurora made it into Commonwealth Bay in three successive summers to land and pick up members of Mawson’s expedition.

Turney’s team is still in astonishing denial. It is stuck in thick ice off a continent that has more of it than usual, yet still it claims warming is melting more ice than ever:

Sea ice is disappearing due to climate change, but here ice is building up.


Q: Dr Adam Rutherford: The fact that it’s expanding, that – that sounds counter-intuitive, when we talk about the polar ice caps melting, as a result of global warming.

A: Prof Chris Turney:  Yeah, well, it’s a fascinating thing, isn’t it, really. Ultimately, global warming covers a vast array of different responses by our planet. And one of the fascinating things that we’re seeing is suggestions that large parts of the oceans off East Antarctica are actually getting fresher. And yet you’ve got this expanding sea ice, and one of the ideas we’re testing out here is this idea that when you’re melting the sea ice around the East Antarctic coastal fringes, at depth – not from air temperature but from warmer oceans – what you’re doing is you’re putting that fresh water from the Antarctic ice sheets into the oceans. It’s lighter, it’s less dense than salt water, so it floats to the surface relatively, and then it’s more vulnerable to freezing. And hence you get an expansion of sea ice cover. So that’s one idea that we’re testing at the moment.

Mind you, Turney has some strong vested interests in blaming warming for causing freezing where he predicted melting:


I am an Australian Research Council Laureate Fellow and Professor of Climate Change at the University of University of New South Wales where my team and I are focussing our efforts on using the past to better understand the changes we are seeing today. To do something positive about climate change, I helped set up a carbon refining company called Carbonscape which has developed technology to fix carbon from the atmosphere and make a host of green bi-products, helping reduce greenhouse gas levels.

And Turney once wondered why people didn’t take his warnings seriously:

For my alarmist friend Hamish 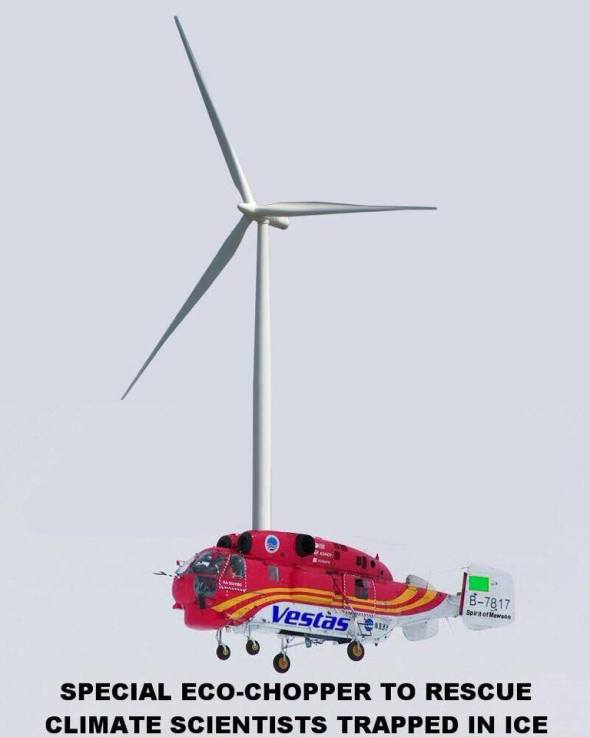 Posted on December 30, 2013 by stevengoddard

glaciologists aboard the Shokalskiy think the ship might have become inadvertently caught in the formation of a new area of fast ice, which could stay in place for several years.

Third icebreaker forced to turn back from stuck ship 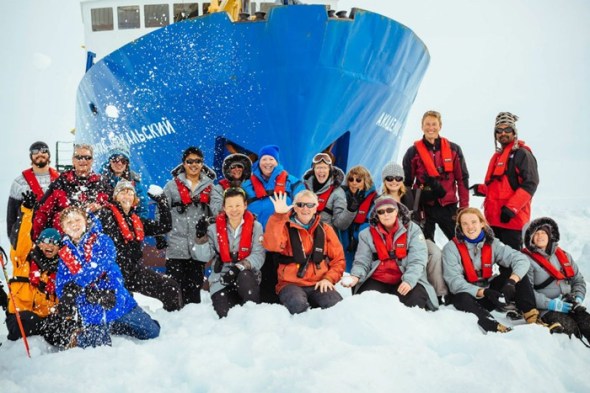 The media here has covered up for the climate change expedition that got stuck in ice:

Why have the ABC and Fairfax media, so keen at first to announce this expedition was to measure the extent and effects of global warming, since omitted that fact from their reports after the expedition became ice-bound?

It’s been even worse in the US:

The Russian ship, Akademic Shokalskiy, was stranded in the ice while on a climate change research expedition, yet nearly 98 percent of network news reports about the stranded researchers failed to mention their mission at all…

In fact, rather than point out the mission was to find evidence of climate change, the networks often referred to the stranded people as “passengers,” “trackers” and even “tourists,” without a word about climate change or global warming…

There was only one news story out of 41 that mentioned climate change. That was CBS “This Morning” Dec. 30. “Despite being frozen at a standstill, the team’s research on climate change and Antarctic wildlife is moving forward,” CBS News Correspondent Don Dahler said.

This really has been a PR debacle of amazing proportions. The ship stuck in ice has captured something larger than I would have expected. Methinks the timing must be apropos.

Good scientists are distancing themselves from the publicity hungry climate lightweights and commentators on both sides of the fence are agreeing in their criticism.

A third effect we are barely starting to see may ripple on for months — that’s when mass-media victims realize that the “Russian Tourist ship” was really a boat load of Australian and New Zealander scientists, paid for mostly by taxpayers and loaded and advised by supposedly “expert” climate scientists. This misinformation was despite the boat having BBC, and Guardian media on board, and Fairfax press in one of the rescue icebreakers. Today I see evidence of the first two effects.

From Skynews. The French chief of polar science calls the Spirit of Mawson trip “pseudo-scientific” and laments the effect it is having on real research. Continue Reading »

“Historically, the claim of consensus has been the first refuge of scoundrels; it is a way to avoid debate by claiming that the matter is already settled. Whenever you hear the consensus of scientists agrees on something or other, reach for your wallet, because you’re being had.”
― Michael Crichton

Climate Change: what do we know about the IPCC?

Claims such as ‘2,500 of the world’s leading scientists have reached a consensus that human activities are having a significant influence on the climate’ are disingenuous. That particular consensus judgement, as are many others   in the IPCC reports, is reached by only a few dozen experts in the specific field of detection and attribution studies

via Real Science – IPCC Insider Says That The 97% Consensus Actually Consists Of “A Few Dozen”.