Roy Spencer, U.S. Science Team leader for the Advanced Microwave Scanning Radiometer on NASA’s Aqua satellite, says the global warming faith is on the brink of collapse as temperatures fail to rise:


…now, with the IPCC unable to convincingly explain the recent stall in warming (some say a change to weak cooling), the fact that they are forced to actually recognize reality and make changes in their report — possibly reducing the lower bound for future warming, thus reducing the range of climate sensitivity — is quite momentous.

It might well be that so widespread is the public knowledge of the hiatus in warming, recovering Arctic sea ice (at least temporarily), continuing expansion of Antarctic sea ice, failed predictions of previous IPCC reports, etc., are forcing them to do something to save face…

For the last 10-20 years or more, a few of us have been saying that the IPCC has been ignoring the elephant in the room…that the real climate system is simply not as sensitive to CO2 emissions as they claim…

This elephant has had to be ignored at all costs. What, the globe isn’t warming from manmade CO2 as fast as we predicted? Then it must be manmade aerosols cooling things off. Or the warming is causing the deep ocean to heat up by hundredths or thousandths of a degree. Any reason except reduced climate sensitivity, because low climate sensitivity might mean we really don’t have to worry about global warming after all…

My main point is that nothing stands in the way of a popular theory (e.g. global warming) better than failed forecasts. We are now at the point in the age of global warming hysteria where the IPCC global warming theory has crashed into the hard reality of observations.

Everything you need to know about the dilemma the IPCC faces is summed up in one remarkable graph.

The figure nearby is from the draft version that underwent expert review last winter. It compares climate model simulations of the global average temperature to observations over the post-1990 interval. During this time atmospheric carbon dioxide rose by 12%, from 355 parts per million (ppm) to 396 ppm. The IPCC graph shows that climate models predicted temperatures should have responded by rising somewhere between about 0.2 and 0.9 degrees C over the same period. But the actual temperature change was only about 0.1 degrees, and was within the margin of error around zero. In other words, models significantly over-predicted the warming effect of CO2 emissions for the past 22 years.

Chapter 9 of the IPCC draft also shows that overestimation of warming was observed on even longer time scales in data collected by weather satellites and weather balloons over the tropics… Based on all climate models used by the IPCC, this region of the atmosphere (specifically the tropical mid-troposphere) should exhibit the most rapid greenhouse warming anywhere. Yet most data sets show virtually no temperature change for over 30 years…

To those of us who have been following the climate debate for decades, the next few years will be electrifying. There is a high probability we will witness the crackup of one of the most influential scientific paradigms of the 20th century, and the implications for policy and global politics could be staggering.

It’s now obvious that the IPCC models are not correctly reflecting the development of atmospheric temperatures. What‘s false? Reality or the models? The hackneyed explanation of a deep sea warming below 700 meters hasn’t been substantiated up to now. How does atmospheric warming from a climate gas jump 700 meters deep into the ocean? … The likelihood is that there is no “missing heat”. Slight changes in cloud cover could easily account for a similar effect. That would mean the end of the alarmist CO2 theory…

Extreme weather is the only card they have left to play. We see that Arctic sea ice extent is the highest since 2007. At the South Pole sea ice is at the highest extent in a very long time, hurricanes have not become more frequent, the same is true with tornadoes, sea level is rising at 2-3 mm per year and there’s been no change in the rate, and global temperature has been stagnant for 15 years… CO2 does have a warming effect on the planet. However, this effect has been greatly exaggerated. The climate impact of CO2 is less than the half of what the climate alarmists claim. That’s why in our book, The Neglected Sun, we are saying there is not going to be any climate catastrophe.

The world simply hasn’t warmed as the warmists claimed. But here comes professional alarmist David Suzuki, the eco-extremist on his umpteeth visit to spread alarm about the warming that actually paused 15 years ago:

Your new prime minister Tony Abbott is just another who finds it easier and more politically rewarding to focus on the next election cycle rather than the mountain of evidence that continues to grow and show we are trashing the biosphere and must reduce carbon emissions….

In British Columbia, where I live, a warming climate has allowed insects the size of grains of rice to destroy $65 billion worth of pine trees in just a bit over a decade….  melting polar ice cap …  the devastation wrought by hurricanes Katrina and Sandy … Half the coral on the Great Barrier Reef has disappeared …  increasing frequency of cyclones … climate change is going to devastate Australia … ditching the carbon tax is not only crazy, it is absolutely suicidal.

Suzuki’s alarmism is reckless and risible, not just because Suzuki blames a few environmental changes on a warming that’s actually paused for 15 years. Suzuki also gets basic claims wrong:

… [the Great Barrier Reef] could halve again in the next decade with degradation of the environment and the increasing frequency of cyclones.

What “increasing frequency of cyclones”?

Will The Age, which so gladly published Suzuki’s trash, correct the record, or does being a warming alarmist give you a licence to mislead?

Science and brawn are to-day work-ing together in systematic haste in the heart of the yellow-pine forests ofSouthern Oregon and Northern California to save ten billion feet of merchantable timber from the relentless ravages of the Western pine beetle,writes the New York “Outlook.” During the last ten years this tiny beetle  (Dendroctonus brevicomis) has destroyed a total of 1,500,000,000 feet of  timber in unquestionably the finest stand of yellow pine on the Pacific coast of the United States. 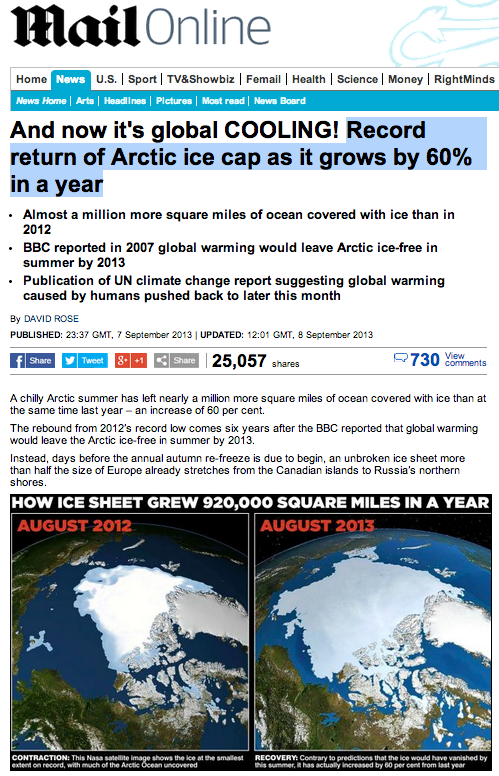 The Last And Ugliest Part Of The Scam

Posted on September 8, 2013 by stevengoddard

The Arctic sea ice scam is in its death throes, and now the climate criminals are focused on the Antarctic is going to melt and collapse and drown us all in 90 years scam.

Only problem is, Antarctica is getting colder and sea ice is increasing 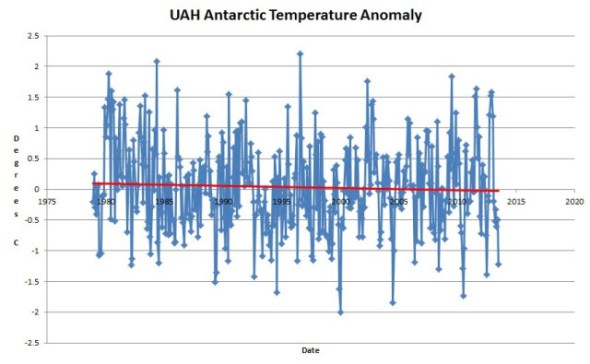 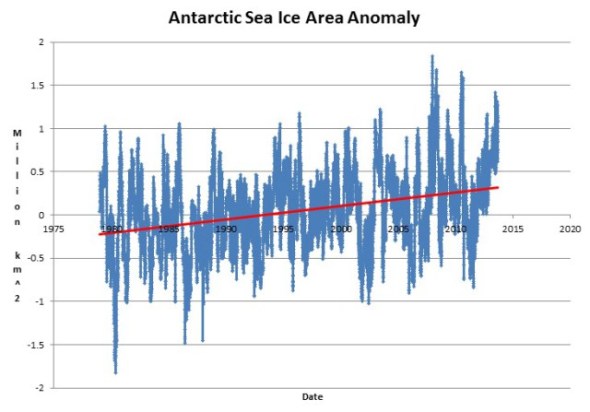 As of today, it has been 2,857 days or 7.9 years since the US has been hit by a Cat 3 or greater hurricane. The last such hurricane was Wilma on October 24th, 2005. Hurricanes are actually getting not worse, but fewer. Grover Cleveland, who was president between 1885 and 1889, had 27 major hurricanes during his presidency. Only 3 major hurricanes have made landfall during Obama’s tenure thus far. 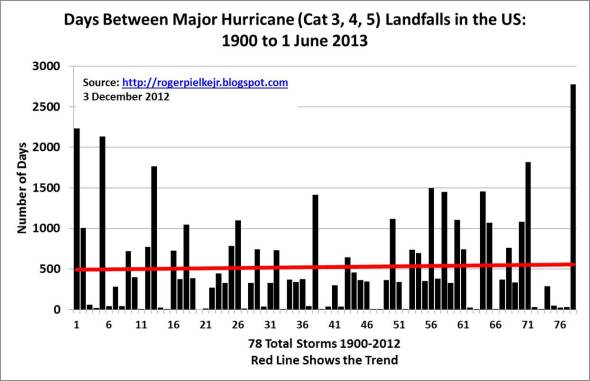 The graph above provides an update to data on the remarkable ongoing US “intense hurricane drought.” When the Atlantic hurricane season starts next June 1, it will have been 2,777 days since the last time an intense (that is a Category 3, 4 or 5) hurricane made landfall along the US coast (Wilma in 2005). Such a prolonged period without an intense hurricane landfall has not been observed since 1900.

Posted on September 17, 2013 by stevengoddard

Obama’s approval ratings are at historic lows, as well as his hurricanes.

Since Obama took office, the US has averaged 0.6 hurricane landfalls per year. This is the fewest hurricanes of any president since at least 1850. By contrast, Grover Cleveland’s presidency averaged more than five times as many hurricanes per year as Obama’s. 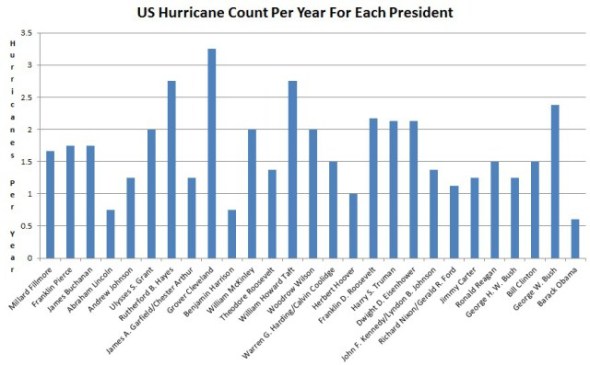 Hurricane Sandy was downgraded to a tropical storm when it made landfall. The resulting 3 meter storm surge, corresponded with a full moon, causing a King tide which hit at high tide.

The New York Hurricane of 1821 hit at low tide with it’s impacts much more extensive:

September 3 marks the 190th anniversary of the Hurricane of 1821, which saw flooding and destruction in the growing metropolis. In less than an hour a thirteen-foot storm surge deluged the city, swallowing everything below Canal Street. The Battery was particularly devastated, docks were destroyed, and ships were swept onto streets. Further uptown, a bridge that connected Harlem to Ward’s Island was washed away and somewhere in Chinatown, the East River likely met the Hudson. “New Yorkers were lucky,” writes Bruce Parker in The Power of the Sea: Tsunamis, Storm Surges, Rogue Waves, and Our Quest to Predict Disasters. “The hurricane hit at low tide.“

“This suggests that on average tropical cyclone frequency did not change during the past 200 years.” 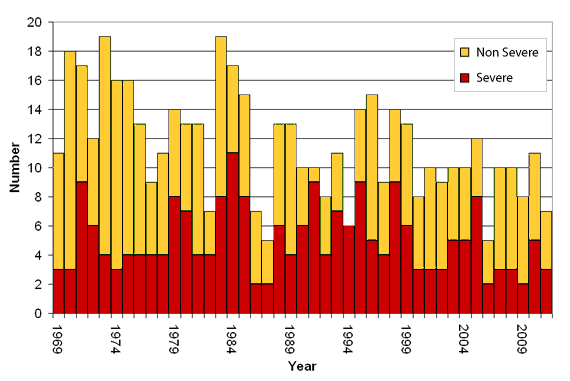 The major problems facing the Great Barrier Reef are to do with real pollution and physical factors; fertilisers and chemical pollution, damage from cyclone Yasi, development of coal terminals and from the crown of thorns starfish. Conditions far removed from perceived damage caused by increased Carbon Dioxide concentrations.