“So even the rain that falls isn’t actually going to fill our dams and our river systems, and that’s a real worry for the people in the bush.” 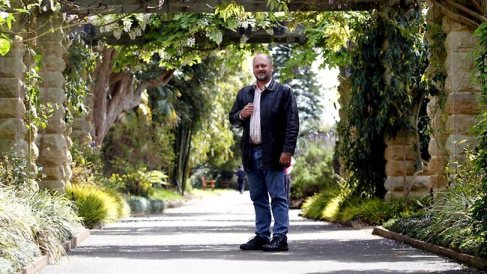 CLIMATE Commissioner Tim Flannery’s work has been labelled “alarmist” by a world renowned climate scientist who says his own dire predictions were “wrong”.

Just six years after predicting climate change would kill billions by the end of this century, British scientist James Lovelock said warming was not happening at forecast rates.

“There’s nothing much really happening yet. We were supposed to be halfway toward a frying world now,” Mr Lovelock, who still believes in climate change, told MSNBC.

“The world has not warmed up very much since the millennium. Twelve years is a reasonable time … it (the temperature) has stayed almost constant, whereas it should have been rising – carbon dioxide is rising, no question about that.”

In the interview from his home in Britain, the 92-year-old said Professor Flannery’s book The Weather Makers and Al Gore’s An Inconvenient Truthwere “alarmist”.

Professor Flannery has praised Mr Lovelock in the past, particularly his Gaia theory that the earth is a single and self regulating organism.

Has Tim Flannery been discredited with all the wet weather lately? Do you still believe in man-made climate change, or is it just like Y2K for the new millennium? Tell us below

“Within this century the concept of a strong Gaia will actually become physically manifest,” he told the ABC last year. In a review in The Monthlyof Mr Lovelock’s last book The Vanishing Face of Gaia: A Final Warning, Professor Flannery said his scientific credentials were “impeccable”.

The book, Professor Flannery said, had an “important message” that “in a few years, or a few decades at most, abrupt changes in Earth’s climate will begin, which will end up killing almost all of us”. A Climate Commission spokeswoman defended Professor Flannery’s work.

“The Weather Makers is an accurate and balanced work. It’s a critically acclaimed piece of work that inspires motivation to act, not fear,” she said.

“The most important message is that hope is not lost, we can still act to avoid the worst impacts of climate change.”

“Every single year from 2001 on has been one of the 13 hottest years on record and the clear scientific evidence is that it is human activities driving temperatures ever higher … we can’t get complacent about what needs to be done,” she said.

Special Mention here for Australia’s part-time Climate Commissioner Tim Flannery. Employed by the Labor/Greens coalitions “Climate Commission” department. Their  role to scare witless and alarm the voters of Australia about immediate dangers of Climate Change in order to defend & promote the absurd Carbon Tax, implemented in a deal between the Greens and Labor PM Julia Gillard, in order to secure her minority government after 2010 hung parliament.

“There Will Be No Carbon Tax Under The Government I Lead”

80% of Australian’s detest the tax, not only because it’s a bad tax, but becasue Julia Gillard campaigned in the 2010 election with her now infamous slogan “There will be no Carbon Tax under the Government I lead”, backed up by her deputy Wayne Swan “No it’s not possible that we’re bringing in the carbon tax, that is a hysterically inaccurate claim being made by the Coalition.” Weeks after securing power under alliance with the Greens, Gillard announced implementation of the Carbon Tax. Her personal polling plummeted to a record low of 28% and currently hovers around that.

Flannery predicted endless drought and in 2007 publicly announced, “Even the rain that falls won’t fill our dams” Australia’s East Coast reservoirs are now 80%+ full thanks to the return of solid rain 2008-2013. But no thanks to Flannery’s wild Alarmism the four eastern board states SA, VIC, NSW, QLD in 2007 began constructions of $12 BILLION dollars worth of desal plants, for each state, which are ALL currently mothballed. Built by socialist Labor ALP Governments pandering to the Greens vote & panicking about the threat of Climate Change and drought from information provided by the likes of Climate Commissar, eco-activist & mammalogist Tim Flannery. Like Australia has never had drought before? Blatant abuse of taxpayer resources in another green scheme gone horribly wrong!

~ The power of environmental Alarmism!